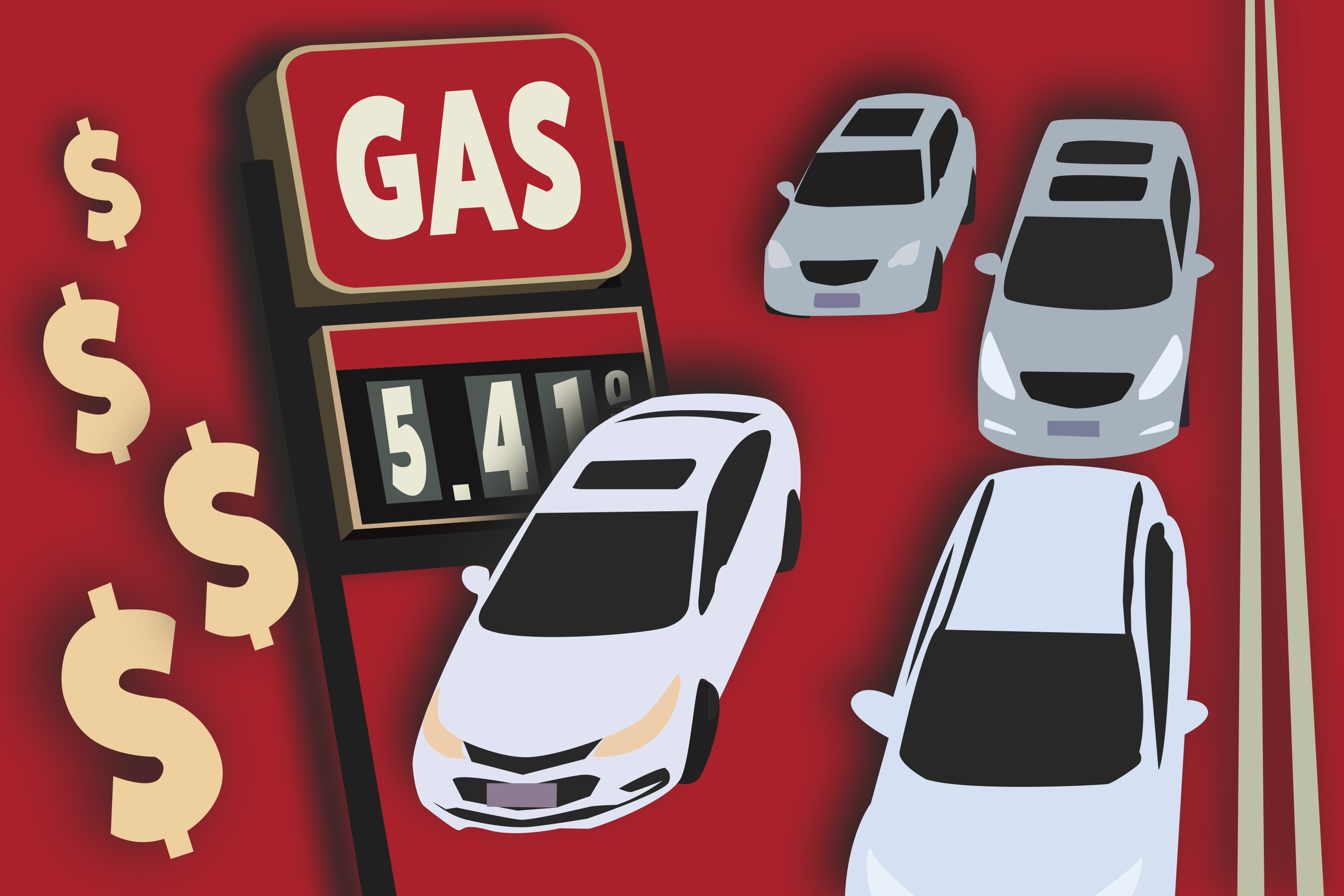 A Summer of Inflation – The Temple News

I changed my outfit in my car from opening the cafe where I worked to closing for my job at a retail store. The days were long but I earned more than I spent, which allowed me to save for the upcoming semester and freely spend what I had left.

However, this year has forced me to become more intentional with my spending, while learning how to properly budget my income and time.

Rising inflation set the tone for my summer, not only was I stressed by rising gas prices but also by the simple cost of living like buying food for lunch or buy clothes.

Before committing to a single job, I worked long hours without breaks and worked with bosses who prioritized profit over staff welfare. Deciding not to work in these places has allowed me to create a better work-life balance and budgeting has helped me save more and stay less stressed.

I recently received a promotion at the store I started working at two years ago, and was thrilled with this new position which included a moderate pay raise, earning me $15 an hour, when I was only earning $13 before.

However, the promotion involved a longer commute as I was transferred from a store in Bridgewater, New Jersey to a location in Short Hills, which increased my commute from 30 minutes to 50 minutes. I don’t mind long drives, but the financial stress of constantly buying gas has become increasingly frustrating.

I knew accepting the offer would be a financial burden due to the commute, but it felt good to know that I was progressing in my workplace, even if it hurt my wallet, it would at least benefit my CV.

While working about 30 hours, I fill my tank about once a week, which costs me about $65 per fill for a total of $130 per pay period. When I worked closer to home, I only bought gas once every two weeks or so, which only totaled $40 per pay period before the inflated prices.

When I park at the gas station, I strategically choose the one that costs three cents less than the others in my area. Although three cents off the gallon barely makes a difference, I feel relaxed knowing the total would be slightly cheaper.

Normally I spent the summer visiting my family on the coast and going on savings trips with my friends. However, each trip represents a financial burden.

Spending less time on the road and staying home saves me gas, but learning to limit where I go and what I do has been particularly frustrating.

I’ve learned that spending money on little things like coffee before work or buying lunch on my break adds up quickly. Paying cash for everything I need during the week allowed me to leave my debit card at home and strictly use the cash I had on me, instead of spending aimlessly and neglecting to check my bank account.

I know I’m not alone in my struggle to save money and enjoy my time like I normally would instead of rising inflation. However, budgeting gave a new perspective on saving for the experiences and things I really want.

Even when I have to budget my time and money, I find the money and time spent worth it and fulfilling.

Daily press briefing by the Office of the Spokesperson for the Secretary-General, 6 July 2022 – Central African Republic, Democratic Republic of the Congo, Afghanistan – Afghanistan