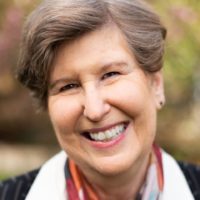 Acting superintendent search will be limited to external candidates, says Edmonds School Board

The Edmonds School District Board of Trustees had further discussions at their Tuesday, April 12 business meeting about their search for an interim superintendent, including an announcement from board chair Nancy Katims, that the board will hire someone from outside the district for the interim role.

The current superintendent, Dr. Gustavo Balderas, recently announced that he will leave soon the district to accept a position with the school district of Beaverton, Oregon. His last day will be June 30.

As it will likely take months to find Balderas’ replacement, the board declared at its meeting on March 27 he would hire an acting superintendent.

“We know this decision won’t make everyone happy,” Katims said. “But part of that thinking relates to the potential, unintended consequences if we were to hire an internal candidate.”

Katims went on to say that if an internal candidate is hired, then the board will have to look for another interim employee to fill that position, and so on.

Since the last meeting of the school council, the board has created a list of potential candidates for the position of acting superintendent and will interview two of them later this week. Katims said if neither felt a good fit for the district, the board would keep looking until it found the right candidate. The interim candidate would be hired to hold the position for up to one year.

The main criteria that the board will be looking for are:

Also during the meeting, council held an extensive public comment session to give citizens more time to voice their concerns. These sessions are normally limited to 30 minutes, but on Tuesday evening public commentary continued until everyone had spoken to ensure more people could be heard.

Each speaker had a total of three minutes to speak. The district did not comment directly on any topic, but will send a follow-up response to each speaker in the coming weeks.

– A speaker expressed concern about open discourse regarding transgender in the school district. The speaker said that by talking openly about this topic and accepting it as normal, it’s on the way to “destroying the kids in the neighborhood”. The speaker urged the district to stop educating about sexuality in schools and leave those topics to parents, if they decide to talk to their children about them. “Do your part to educate, not indoctrinate,” she said.

A letter read by another speaker discussed what she saw as a conflict of interest between the district and parents, particularly regarding COVID-19 pandemic policies.

The letter went on to accuse State Superintendent of Public Instruction Chris Reykdal of threatening to withhold district tax funds based on its compliance with current health policies. According to the commentator, no one in the state superintendent’s office has the authority to withhold any form of district funding.

The author of the letter claimed that the Board of Directors cedes too much power and concedes it to those in higher positions, who should not have the ability to make decisions for the district. She urged the board not to be intimidated by other governing bodies.

Another speaker expressed concern about the new Woodway Center for some of the district’s kindergarten students and how the district determines which students should be sent there. If schools had received the support and extra staff they’ve been asking for all year, the speaker said, children wouldn’t need to go to another school.

“Support the kids where they are,” she said, “before getting them out of the schools they know.”

In other business, Deputy Superintendent Dr. Greg Schwab introduced a new tutoring program the school district is preparing to launch. Paper Tutoring will be fully online and accessible to any high school student at any time.

The program will provide assistance to students in over 200 subjects. Support is currently available in English, Spanish, Mandarin, and French.

All of the student advisers who sit on the school board expressed enthusiasm for the paper-based tutoring, adding that they wish it had arrived sooner so students could use it while learning online.

“It’s a great idea that paper-based tutoring is available around the clock,” said student Lia Addisu. “I know a lot of students have other responsibilities and commitments, where they can’t…have tutoring because they can’t do their homework until late at night.”

Deputy Superintendent Dana Geaslen also presented a regular COVID-19 update to the board. Of the total number of PCR and rapid tests administered from March 22 to April 12, only 11 came back with positive results.

As cases continue to drop, Geaslen said two classrooms had to switch to remote learning for two weeks due to outbreaks. Geaslen said classrooms are now out of quarantine and doing well.

The district will continue to have PCR and rapid tests readily available at all schools, as well as health screening officers and containment spaces.

Members chosen for the MO commission on teachers’ compensation