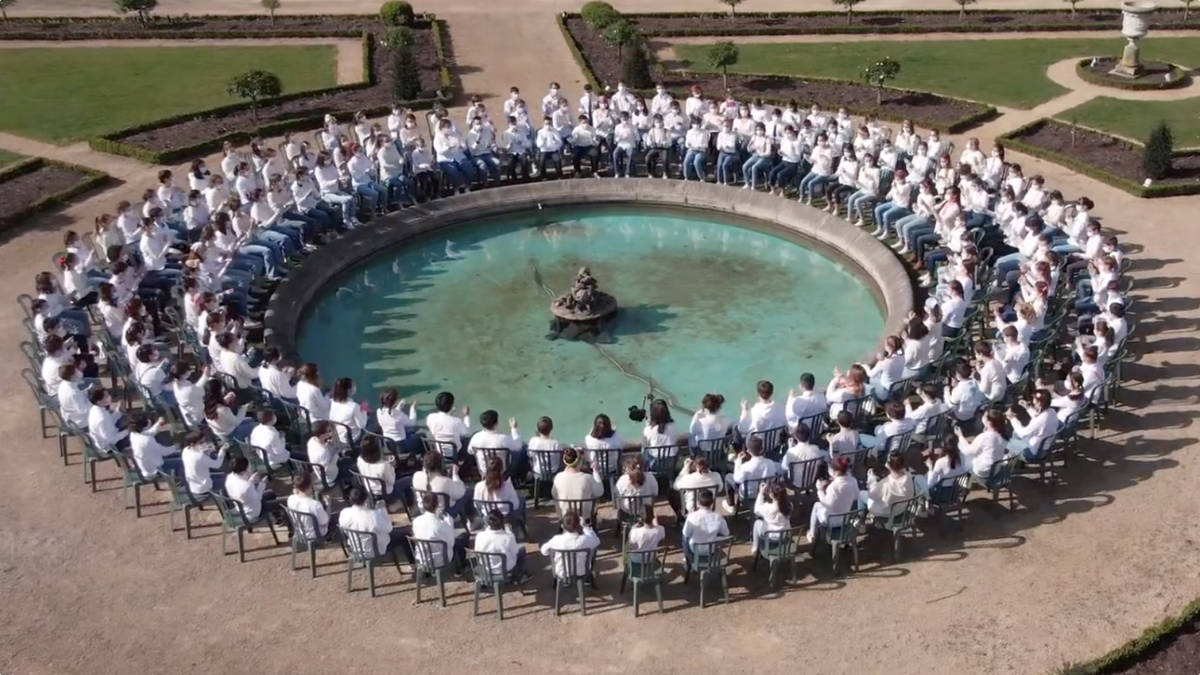 Beethoven’s Fifth Symphony, but like an epic of body percussion played by hundreds of …

Five months of rehearsals lead to a breathtaking performance of clicks, clicks and hits, worthy of any symphonic scene.

The COVID-19 pandemic kept this choir from singing, but they still found a way to make music.

Students from the Saint-Michel-GaricoÃ¯ts school in Cambo, in the Basque region of southwestern France, gave a * striking * interpretation of Beethoven’s famous Symphony No.5.

Perfectly synchronized and dynamic, it sounds good, but the images captured by the drone are also amazing. Masked students move, dive and wave together in a way worthy of a ballet scene.

Take a look below. We think it’s just wonderful.

The score was adapted by the music teacher from Nelly Guilhemsans college. The ensemble repeated in groups of 50 each day for five months during the 2020 school year.

The percussion performances were filmed in the beautiful gardens of Arnaga, in front of the house that once belonged to the French neo-romantic poet Edmond Rostand.

It has already captured the imaginations of many. The YouTube video is close to one million views. â€œEducation and excellence in times of pandemic,â€ enthused one viewer. Fair enough too.