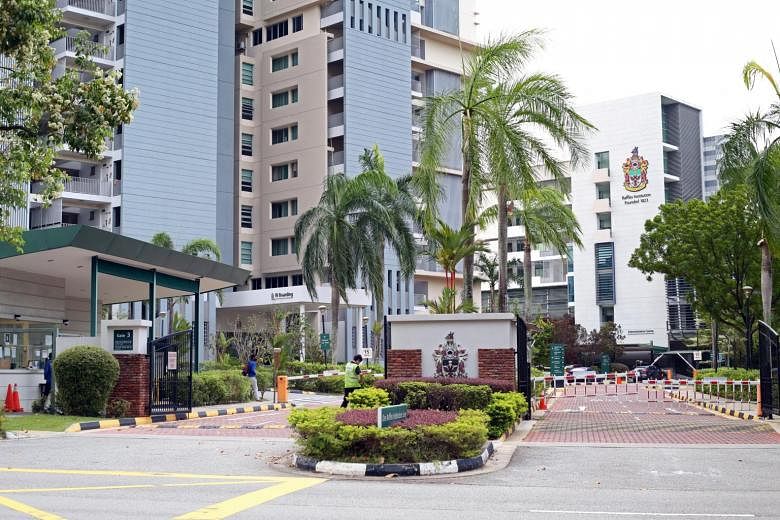 The school, which is in Bishan, will join Anderson Secondary, Bukit Panjang Government High and Tanjong Katong Secondary as hosts of the Malay Language Elective Program for Secondary Schools.

These schools support students through language and cultural activities such as camps and immersion initiatives.

Students from other schools can also participate in the program, Education Minister Chan Chun Sing said during the budget debate in parliament on Monday (March 7).

Mr. Chan added that the optional program is a route that students can take to learn their native language at a higher level.

He added that the MOE will discontinue the 2024 cohort ‘B’ mother tongue program in accordance with the full subject classification (SBB).

The program is currently offered to students in the Express and Normal (Academic) courses who have difficulty with the subject.

These students will study the language at G1 or G2 level in the future.

The subjects of the SBB program are taught at three general levels. G1 broadly corresponds to today’s normal technical standard, G2 to normal academic standard, and G3 to express standard.

The Ministry of Education (MOE) will also pilot a new third language program which will be through modules which can “stack” up to a certificate, he said.

He added that the program will give students the confidence to venture beyond Singapore and that the MOE will work with partners to deliver the program starting with one or two of the existing languages ​​offered by the MOE for degree programs. third languages.

MOE currently offers languages ​​such as Arabic, Bahasa Indonesia as well as special programs in Chinese and Malay.

It also offers foreign languages ​​such as French, German, Japanese and Spanish.

The MOE also wants every school to have an overseas partnership, Chan added, saying that currently about two-thirds of schools have already established one.

He said: “It makes it easier for students to exchange, so that our students broaden their horizons and learn about different cultures.

“While exchanges have been virtual due to Covid-19, technology is enabling our students and their overseas peers to learn, play and celebrate special occasions together.”

He added that higher education institutes will continue to work for 70 percent of all students to gain overseas experience, including 70 percent in ASEAN countries, China or India.

US Secretary of Education Miguel Cardona visits the Dickinson Museum