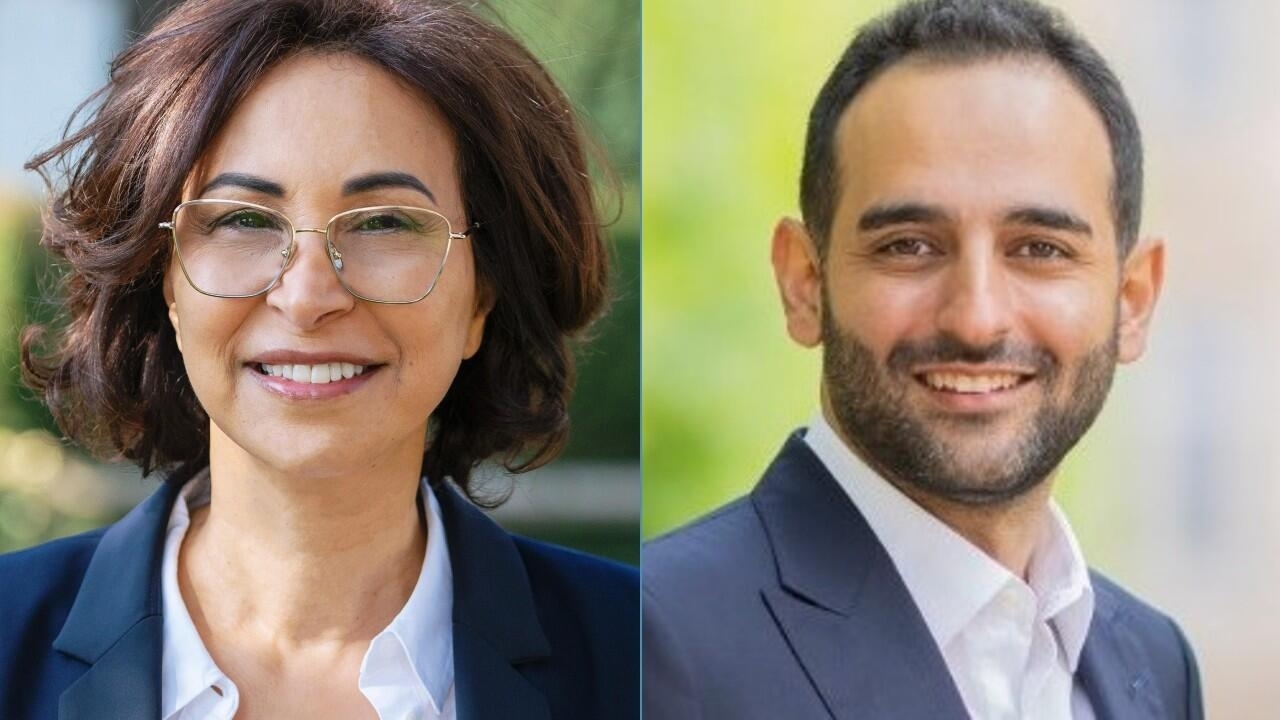 French citizens living abroad have been electing their own legislators to the lower house of the French National Assembly since 2012. Eleven of the chamber’s 577 deputies represent French expatriates based in as many constituencies around the world. Often binational, the candidates for these seats hope that their atypical profiles – one foot in France and another elsewhere – will appeal to voters. FRANCE 24 reviews two candidates in the running to represent French expatriates in Africa.

This month of June marks the third time that French expatriates have gone to the polls for the legislative elections. After a five-day window for internet voting closed on Wednesday, some 1.6 million French voters residing abroad will be called to the polls this weekend to vote in person. Registered voters can vote at embassies and consulates on Saturdays (in the Americas) and Sundays (in other constituencies abroad).

The 11 overseas constituencies span the globe in constituencies ranging from tiny (District 6: Liechtenstein and Switzerland) to massive (District 11: Eastern Europe, Asia, Oceania). Two of the districts bring together French expatriates in Africa: District 9 covers the Maghreb and a large part of West Africa; Benin, Ghana and Togo are part of District 10 along with the rest of Africa and the Middle East.

The political newcomer Ali Camille Hojeij is running in constituency 10. Presenting himself as an independent, the 36-year-old Franco-Lebanese lawyer nevertheless describes himself as “compatible” with the political line of President Emmanuel Macron. Hojeij says he wants to be the voice of expatriates in his neighborhood, “full-fledged French citizens but considered apart”.

“Out of sight, out of mind”, is how Naïma M’Faddel describes it. Candidate of the conservative party Les Républicains and close to the 2022 presidential candidate of the party Valérie Pécresse, M’Faddel is running in constituency 9. “Politicians come and go, but [the voters] do not see their problems solved. Many wonder what is the point of going to vote,” she said.

Indeed, the apparent lack of interest in the French legislative elections can be seen at the polls. Barely 20% of registered voters turned out to vote in the 11 constituencies in the 2017 first round of parliament, less than half the turnout in that election as a whole.

One foot in Paris, the other in Africa

In addition to the impression that Paris is neglecting them, French expatriate voters also feel a sense of injustice fueled by problems such as France’s recognition of pension credits acquired abroad or the fact that expatriates contribute to a system French social security which they cannot benefit from. .

“The key ministry for French people residing abroad is Bercy, the Ministry of Economy and Finance. And for Bercy, French residents abroad are deserters who fled their country to pay less tax,” Hojeij said.

Tuition fees are another point of contention. Tuition fees are continually rising for expats, who — contrary to popular belief — are not all privileged, M’Faddel said. “I want free school for [French] children residing abroad who attend schools created by France. It is a matter of equality between citizens and a constitutional principle,” she said.

“There is a scissor effect: on the one hand, we have tuition fees which increase; on the other hand, we have local recruits who often don’t have the CAPES and therefore the quality of education deteriorates”, explains Hojeij. The lawyer defines himself as a pure product of the Agency for French Education Abroad (AEFE), which runs a network of 552 schools around the world.

Born in Bangui in the Central African Republic and the son of a businessman, Houjeij spent his childhood on the African continent before hanging up his hat in Paris to study law at 18. Today, he claims “socio-cultural roots” in Africa and the Middle East, “even if it remains difficult in a district that covers 49 countries”, recognized the political novice.

To convince voters, M’Faddel also emphasizes his multicultural background and his links with Morocco. “My brothers and my children live in this neighborhood. So the question of expatriation also affects me, ”says M’Faddel, essayist and former elected official in Dreux (central France). Arrived in France at the age of 8 without having been educated in Morocco, M’Faddel says that she “owes everything to France”.

If making the voice of French expatriates heard in Paris is a priority for the two legislative candidates, M’Faddel and Hojeij also see their role as intermediaries on French foreign policy. This task is all the more important at a time when anti-French sentiment has risen a notch in several African countries, including the Central African Republic, Mali and Chad.

“French expatriates have a very good reputation and do not arouse any hostility. The resentment comes from the perception of French politics and the manipulations of France’s rivals, Russia in particular,” Houjeij said.

While French diplomats rebel against a reform project that would deprive them of their special status, Houjeij believes that a legislator with the keys to understanding Africa and having “socio-cultural roots” there could be particularly useful in leading of diplomacy. According to him, France and the African continent need interlocutors capable of “advancing the French agenda, but in a way that is much more respectful of the sovereignty of States”.

M’Faddel, meanwhile, argues that more resources need to be devoted to fostering relationships. “For a decade, France has been unable to maintain cultural ties between peoples. And relations between France and Africa have also stretched economically. She calls for increasing the budgets of cultural institutes and of La Francophonie, the international organization that represents French-speaking countries, “in order to restore the fraternal and historical ties between Africa and France”.

This article has been adapted from the original in French.