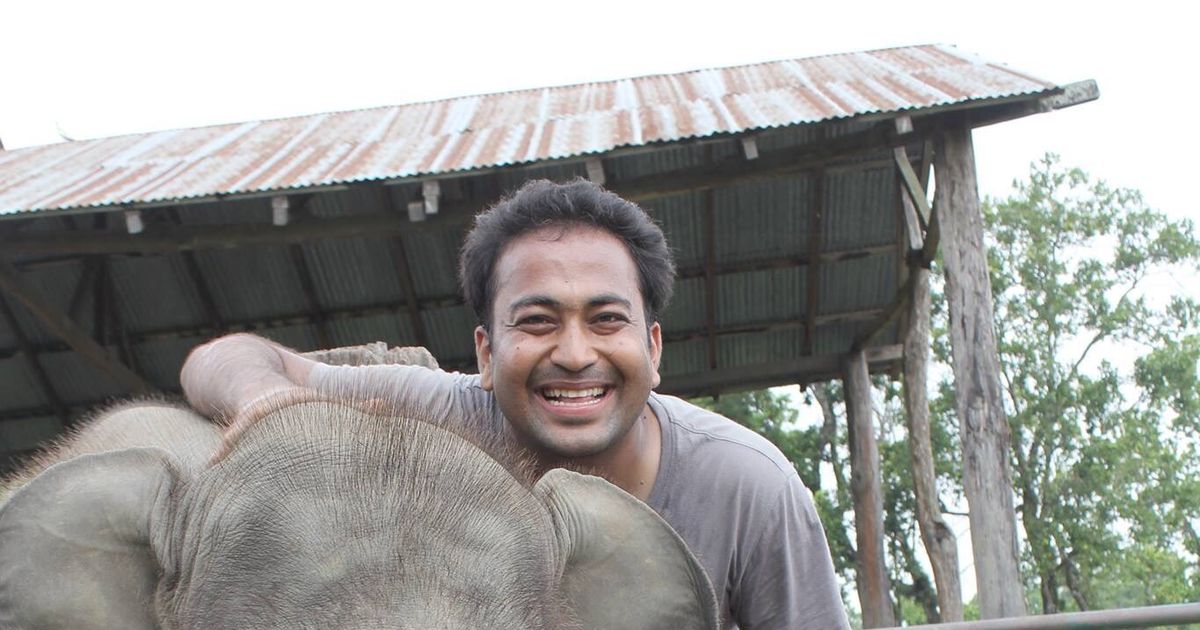 Middle school teacher Akash Patel learned early in his career that students were excited when he described his own travels, such as times he encountered elephants or sea turtles.

He found that sharing his passion for travel broadened the students’ worldview.

Now, after working to connect his classroom with those in other countries, he has the opportunity to expand his reach beyond Ignite Middle School.

This month, the American Council for Foreign Language Education – an international organization for educators – elected Patel as president.

â€œWhat I do at Dallas ISD with my kids could be replicated in thousands of classrooms,â€ Patel said. “With ACTFL and its powerful network of hundreds of thousands of teachers, I could be in so many more places.”

But Patel didn’t start in education. He came to the United States in 2009 with his twin brother on a scholarship to study nuclear engineering at Iowa State University.

â€œThe stereotype for people like me who come from India is that you can be either an engineer, or a lawyer or a doctor, or really a disgrace to the family,â€ he said.

But none of the brothers and sisters felt that this was their calling. So the two bought an SUV from Craigslist, drove south to Oklahoma, and chose what they wanted to study. Initially, Patel was not sure what field he wanted to move into, but after graduating from a local community college with an Associate of Arts degree, he was recruited by an arts college. liberals who were looking for “people of color to become teachers.”

Patel received a bachelor’s degree in elementary education from Oklahoma University of the Sciences and the Arts. He started teaching in small rural communities. This is where his passion for global citizenship education – a concept that aims to promote tolerance by teaching students about different countries and cultures – was ignited, Patel said.

Patel has traveled to over 55 countries, visited every continent except Antarctica, and is fluent in six languages, including Spanish, English, Portuguese, and Hindi.

He started inviting his own friends from different countries to participate in a video call with his class. Using maps and clues, students would ask questions to determine where the person lives.

After the death of his twin brother in a plane crash in 2018, Patel established the Happy World Foundation, a global non-profit education organization, to honor his memory. Today, the foundation helps teachers in the United States connect their classrooms with approximately 1,200 volunteers from over 150 countries for video meetings.

Amy Anderton, DISD’s Global Director of Languages, quickly noticed that Patel was a natural leader and someone â€œwho could get the best out of peopleâ€ when he arrived in the district in 2017. His impact extends far beyond – beyond her class to reach out to other teachers and students in the district, to those in Texas and the country itself, she said.

Patel’s charismatic personality caught the attention of ACTFL leaders who invited him to speak about his work at congresses and to participate in several national committees.

He “personifies joy and optimism, and he has a very infectious spirit which I think, frankly, we need a lot more nowadays,” said ACTFL Executive Director Howie Berman.

Patel’s life experience as an innovator and immigrant teacher imbued with his positivity is imperative in boosting teacher morale, Berman said. Her new position comes at a time when educators are particularly stressed by the additional challenges of the pandemic.

â€œIt’s really going to inspire a lot of people andâ€¦ we really need it the most because teachers are really looking for inspiration,â€ he said.

As President of ACTFL, Patel wishes to focus on expanding the scope of global citizenship education.

â€œI can speak, read and write six languages,â€ he said. â€œWhen I came to America I was like, ‘Wow, people can barely talk about it here. “Why can’t we change this?” “

Change must start with innovative school districts. He noted that DISD has bilingual programs where children graduate with a â€œGlobal Literacy Sealâ€ in Spanish, French or Chinese and English. But state legislatures must also allocate more money to schools for these kinds of programs.

This will help students not only to become more competitive when looking for jobs, but also to develop empathy and eliminate prejudices, he said.

Patel also wants to work on recruiting and retaining foreign language teachers at a time when Texas and the country are already experiencing a teacher shortage.

His students, however, are always his priority.

â€œThey know my personal life. They know how I experienced things that someone can hardly imagine going through, â€he said. “These kids were with me during my hard timesâ€¦ my happy times, and Dallas will always be a family to me.”

The DMN Education Lab deepens coverage and conversation on pressing education issues critical to the future of North Texas.