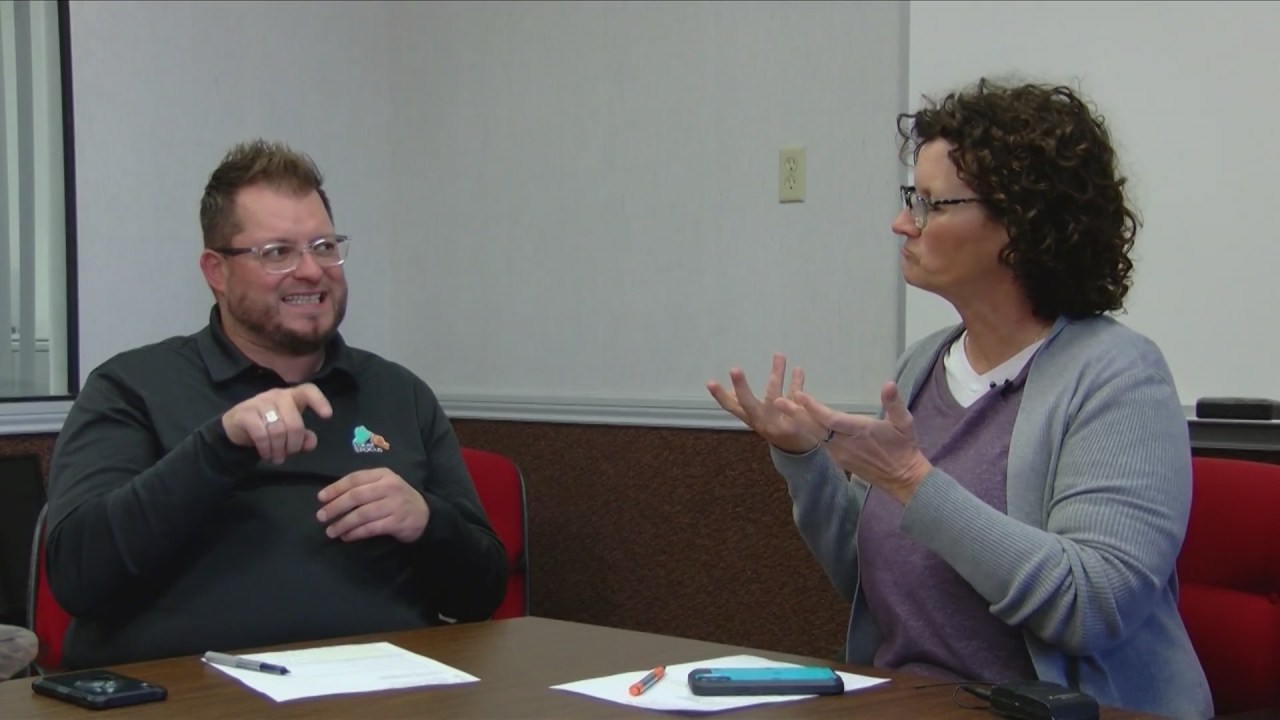 Deaf Outreach: A Closer Look at the Daily Struggles of the Deaf and Hard of Hearing Community

BATON ROUGE, La. (BRPROUD) — Simple things like going to the grocery store or ordering food from the drive-thru, may not be so simple for others.

These are just a few of the issues that the deaf and hard of hearing community faces throughout their lives.

Many members of the deaf and hard of hearing community say they feel like an afterthought when it comes to inclusivity and accessibility.

Community advocates Jay Isch and Paula Rodriguez have been at the forefront of paving the way for a more inclusive community.

Isch was born deaf to deaf parents in a multi-generational deaf family.

“I grew up in a home where the use of sign language was a constant. I went to a private school for the deaf in Vermont. That’s where I lived weekdays for over ten years” , he said.

However, Rodriguez discovered she was hard of hearing in 4th grade.

“I went to first, second, third grade, then in fourth grade the teacher started noticing that I couldn’t hear. And so, it was a teacher who pointed it out to my parents,” she explained.

It wasn’t until after high school that Isch ventured into the hearing world. He said his community was his refuge. He never had to communicate outside of his bubble.

“But when I got out into the real world, what really got to me was this life that I had growing up. I took it for granted. It was a safe environment. Everyone signed in my bubble,” Isch said. “So when I came out into the real world, I was like, okay, I have to deal with hearing people, people who can’t sign, write notes, finding interpreters, all that. It’s not necessarily culture shock, but it’s just facing the world that doesn’t know anything about us.

It wasn’t until college that Rodriguez learned American Sign Language (ASL) and became more involved in the deaf community.

“I fell in love with the language,” Rodriguez said. “They offered sign language lessons and I joined their drama team and we traveled all over the place from state to state, going from church to church, doing drama and signing songs.”

Rodriguez’s grandmother has been his biggest supporter all his life.

“She was an English teacher and she knew right away that I needed support. I needed help. So she sent me to have my hearing tested. And from there, she was my best advocate,” she explained.

Isch and Rodriguez run a community organization called Deaf Focus. The goal is to help bridge the gap between the deaf and hearing world.

“We want to bring together the experts and the people who need the services. That’s pretty much what we’re doing here. We provide what the community needs, whether through interpretation, advice, expertise,” said Isch.

The couple have traveled similar paths but encountered different obstacles in their daily lives. Even with advanced technology, basic communication remains a problem.

Before the COVID-19 pandemic, Rodriguez said she was able to communicate more easily with people by reading lips. But mask mandates have made that impossible.

“It’s an invisible handicap. There were people who refused to accommodate, you know, even back and forth or take their mask off if they could, if there was a screen, you know, in the middle. But hopefully we can improve,” she said.

Both said there is a desperate need for language accessibility within these communities.

“I see a lot of children who don’t have a language. Many children have difficulties in school and in their education with their language. They were language deprived,” Isch said. “And what I see are really simple things that you need in life, like language access to signs is very basic and simple to allow one person to thrive as another thrive as a hearing person can do it.”

They said that schools for the deaf provide students with this type of necessity.

“Trying to shut down all the schools for the deaf, trying to suppress them, saying they’re too expensive and not necessary, so they try to shut it down and push all their kids to be in mainstream, saying, Oh, they can very well do without an interpreter and a bit of speech therapy. They would be fine,” Isch explained. “So now the kids are so far behind. It’s the same vicious cycle starting over again.”

In addition to language, the deaf community wants better access to their government.

“There is still no closed captioning on the Capitol screens, we have been trying to do this for three or four years. It puts our community behind and not ready to be able to participate in a community that we serve and in which we pay taxes,” Rodriguez explained.

Isch and Rodriguez said the community is tired of receiving leftovers.

“Work collaboratively. Rely on experts like Jay said, who know what they’re doing. Bring them to meetings,” Rodriguez added.

They agree that the way forward is to have a more inclusive environment.

“If we all work together to realize that we have systems or issues or weaknesses or challenges within our systems that are unfriendly and detrimental to our Deaf community, and that many of the needs of our Deaf communities are urgent and must be taken care of immediately,” Rodriguez said. “What if we all banned together trying to figure out how to make life better, then we’d have a better community among all of us.”

Click here for more information about Deaf Focus and the Louisiana Association for the Deaf.