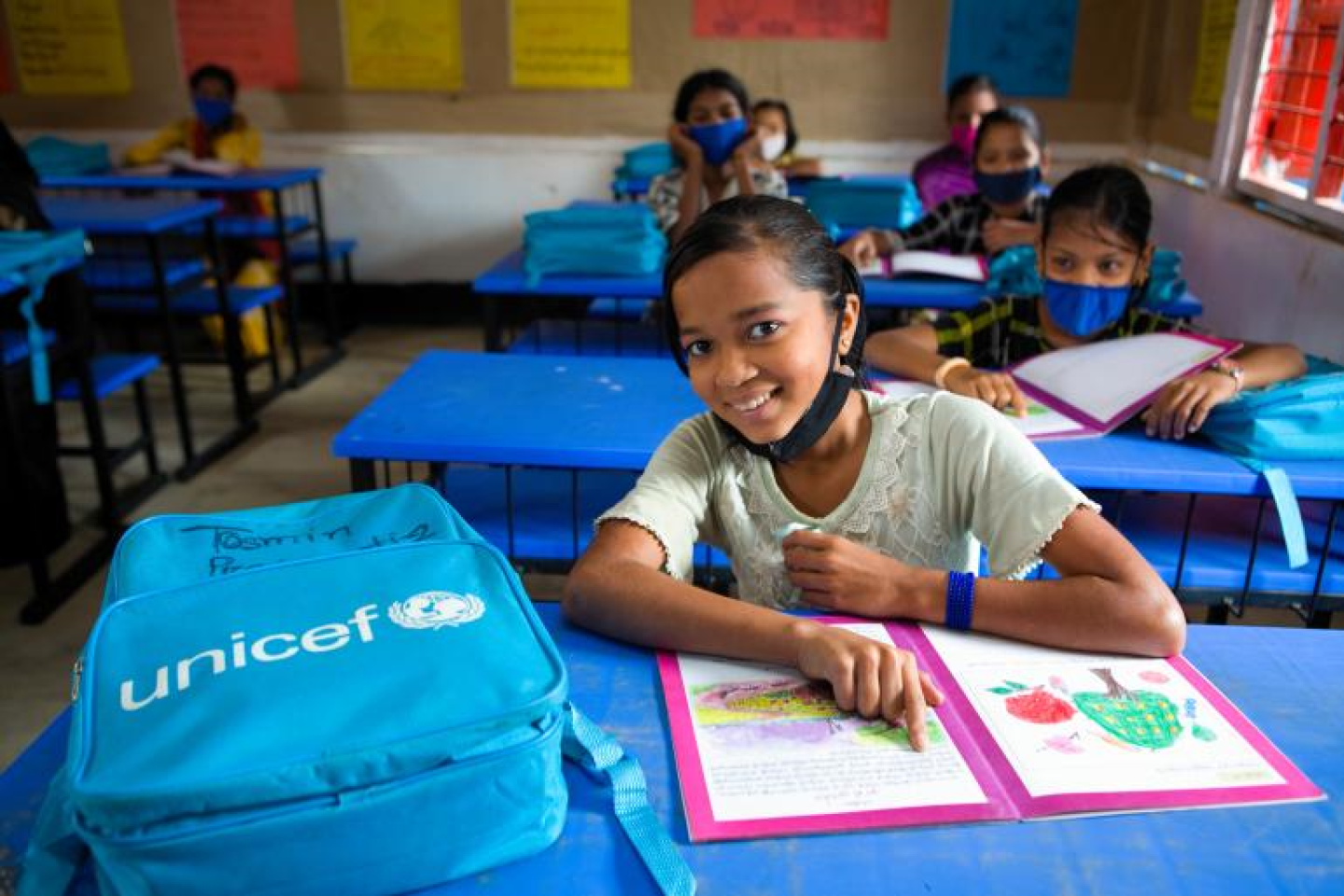 COX’S BAZAR, May 1, 2022 – A breakthrough for Rohingya refugee children living in Cox’s Bazar refugee camps in Bangladesh sees the first 10,000 children registered to receive an education based on the national curriculum in their home country of Myanmar. This step will be completed this month.

The Myanmar Curriculum Pilot, launched by UNICEF and partners in November 2021, is a crucial step towards ensuring the fundamental right to education of Rohingya refugee children. This will help prepare the children for their return to Myanmar.

“There is a huge demand for education among Rohingya refugee children, and UNICEF and its partners are on the ground in the camps, responding to this demand,” said Mr. Sheldon Yett, UNICEF Representative in Bangladesh. .

There are more than 400,000 school-aged Rohingya children in refugee camps in Bangladesh. With around 300,000 of these children attending learning centres, UNICEF and its partners are carrying out a mammoth education operation in what is the largest refugee camp in the world. There are 3,400 learning centers spread across several camps, 2,800 of which are supported by UNICEF.

To date, most children have learned through the so-called Learning Competency Framework Approach (LCFA), which covers levels one to four and is aimed primarily at children aged 4 to 14. The LCFA was created as an emergency measure for Rohingya refugee children and is a largely informal learning system. The curriculum currently being tested is based on Myanmar’s national curriculum and provides Rohingya refugee children with a formal and standardized education. In addition, Myanmar’s program fills a critical gap in secondary education: it enrolls older children who have virtually no access to education.

The Myanmar Curriculum Pilot initially targets 10,000 children in grades six to nine. Under normal circumstances, classes in grades 6-9 are for children aged 11-14. However, many Rohingya refugee children have fallen behind in their education, and thus most of the children enrolled in grades six through nine are between the ages of 14 and 16. UNICEF aims to scale up in stages so that by 2023, all school-aged children are on the Myanmar curriculum.

Despite much progress, around 100,000 Rohingya refugee children of school age are out of school. UNICEF and its partners are working to reach these children and break down the barriers that prevent them from going to school. Private and community-based educational institutions that cater to the needs of both boys and girls, and are run with sufficient oversight, could also play a role in providing education services. UNICEF works with all stakeholders who play a role in efforts to provide Rohingya refugee children with equitable and inclusive access to standardized education.

“We must do everything we can to give hope to these children, to provide them with an education, to prepare them for their future in Myanmar. UNICEF will continue to work with the Rohingya refugee community, the Government of Bangladesh and its partners until every refugee child receives a quality education,” Mr. Yett said.

A landmark decision by the Government of Bangladesh in January 2020 paved the way for the introduction of the Myanmar Pilot Program (MCP) to expand access to education for Rohingya refugee children and adolescents, whose families fled Myanmar to Bangladesh in August 2017.