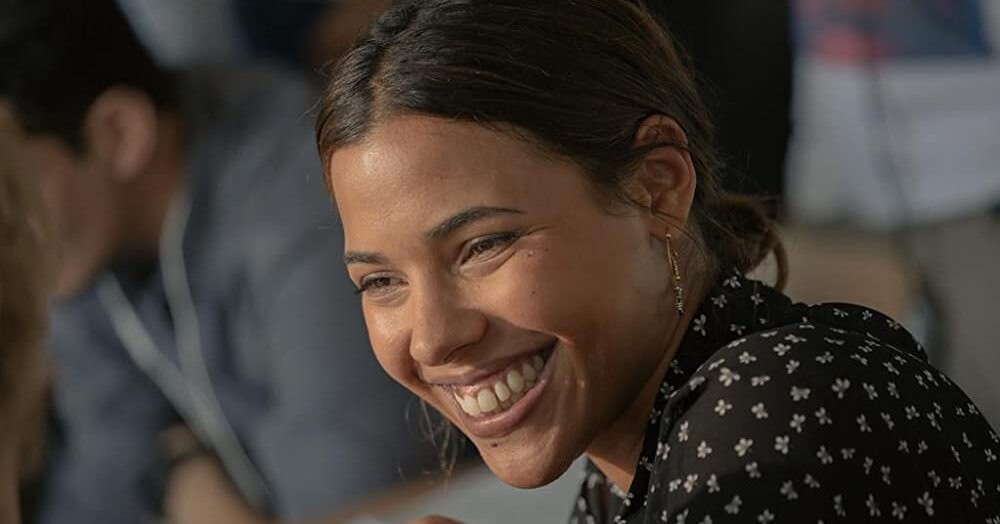 Stream it on Netflix.

Movies about holy teachers trying to make a difference in at-risk schools are a dime a dozen, but few leverage the feel-good premise with as much courage or wit as this French comedy. “School Life” stars the luminous Zita Hanrot as Samia Zibra, a newly arrived counselor at a high school in the Parisian suburb of Saint-Denis, where the population is rather poor and immigrant.

Directed by rapper Grand Corps Malade (Fabien Marsaud) and hip-hop dancer Mehdi Idir — both of whom grew up in Saint-Denis — “School Life” is a moving portrait of life in the French suburbs and an incisive critique of a education system that tells underprivileged children that they are not worth their dreams. But above all, the film is a moving ode to sparkling humor and the resourcefulness of students hardened by a difficult life.

The laugh-out-loud sets revel in the audacity with which the children concoct improbable excuses for their delinquency (“an antelope got in my way”) and the inventiveness of their insults (a teacher is described as “Trump crossover with van Gogh”) Played mostly by non-professional actors, the students bring this ensemble film to life with their charm and comedic timing, while Marsaud and Idir eschew sentimentality with an invigorating dose of lived-in realism. .

Several times while watching “Captains of Zaatari”, I forgot that it was a documentary; the film’s wonderful, stylized direction – and the intimacy it elicits from its subjects – makes it feel like a fable. Ali El Arabi’s feature film follows two teenagers, Fawzi and Mahmoud, who live in Zaatari, a Syrian refugee camp in Jordan. Their displacement deprived them of many things – their homes, their education, their family members – but not their love of football. Sport becomes the place of their hopes when an initiative called “Syrian Dream” gives them the chance to travel to Qatar and compete in an international under-17 tournament.

Tracing Fawzi and Mahmoud’s journey from their camp in Qatar and back, El Arabi’s film doesn’t offer much exposition of the plight of the refugees. Instead, it takes us into their emotions — their anticipation, their courage, their disappointments — with snippets of their heart-to-heart conversations and golden close-ups of their faces. At times, the documentary unfolds like a sports drama, with high-octane scenes from the tournament, but, at its core, “Captains of Zaatari” is about the brotherly bond between Fawzi and Mahmoud. Rather than the aggressiveness or competitiveness one might expect from teenage athletes, the two boys are kind to each other and grateful to be able to live out their humble dreams together.

Stream it on Tubi.

This coming-of-age—or rather, coming-of-rage—drama from Uruguayan director Lucia Garibaldi ripples with the twin threats of adolescent lust and ocean danger. We first meet Rosina (Romina Bentancur), a 14-year-old tomboy, as she runs defiantly through the sea, her father chasing her. She searches for the water with her gaze, and just as she reluctantly turns away, a shark’s fin appears among the waves.

Our heroine lives in a small seaside town, where the arrival of sharks is a bad omen for the local fishing community. Rosina’s growing fixation with sharks mirrors her slow-moving obsession with Joselo (Federico Morosini), a lustful young man working for her father who invites her for a date in his garage.

“The Sharks” is about predators and prey (of various origins), though the balance between the two shifts unpredictably in this mesmerizing and always surprising film. There is neither moralism nor sensationalism in Garibaldi’s approach to the perilous thrills of female sexuality. Instead, its camera silently and intently observes its young protagonist, allowing the film’s power struggles to play out on his impenetrable, sunburned face.

“The Dog Who Wouldn’t Be Quiet”

Stream it on Mubi.

This Argentine tragi-comedy consists of a succession of black and white vignettes that are deceptive in their simplicity and profound in their absurdity. The title of Ana Katz’s feature comes from the first two vignettes, in which Sebas, a 30-something illustrator in Buenos Aires, is berated by his neighbors for his dog’s constant whining, then forced to quit his job when he insists on bring the dog to work.

After a strange and tragic twist – beautifully depicted in an illustrated interlude – the film jumps through a series of episodes in Sebas’s life over the years, including his time in a farming co-op, his mother’s marriage and his own romance and eventual fatherhood. Sebas’ varied hairstyles become our markers of the passage of time, though the actor, Daniel Katz, maintains an endearing stoicism throughout – a kind of humble commitment to face whatever life throws at him.

In one of the final vignettes, Sebas and his family navigate a dystopian Buenos Aires where the air is only breathable up to four feet above the ground. The wealthy walk around carrying bubble-shaped oxygen cylinders; the poor squat and crawl on the ground. Here, “The Dog Who Wouldn’t Be Quiet” comes across as a clever (and timely) meditation on human resilience in a world that seems forever on the brink of catastrophe, be it capitalist or environmental.

“Walking in the Wind”

Rent it or buy it on Amazon.

This Chinese comedy-drama is perched somewhere between Jia Zhangke’s social gender portrayals and Richard Linklater’s boredom-laden lazy cinema. Wei Shujun’s autobiographical feature debut follows the nonchalant adventures of Kun (Zhou You), a sleek, moccasin-wearing mule who studies to become a sound engineer at a Beijing film school. Both sweetly sincere and incorruptibly mischievous, Kun and his boom operator friend Tong (Tong Lin Kai) have fun in class and spend their free time driving around in Kun’s rickety jeep, trying to make quick money. money. Their schemes include enabling the delusional musical aspirations of a wealthy construction tycoon and secretly selling the exam papers of Kun’s mother, a schoolteacher.

Amidst all that high jink, the two try to make art like their heroes — Hong Sangsoo and Wong Kar-wai are referenced, among others — as they assist a pretentious classmate with his thesis film. A self-reflective meditation on cinephilia, Wei’s freewheeling film is light and naturalistic, yet composed with precision. Each image is replete with socio-cultural details – from the United States map sticker on Kun’s jeep to the Chinese hip-hop the characters rap about on their records – that tell us about the local moorings and global ambitions of a new generation of middle-class Chinese youth.