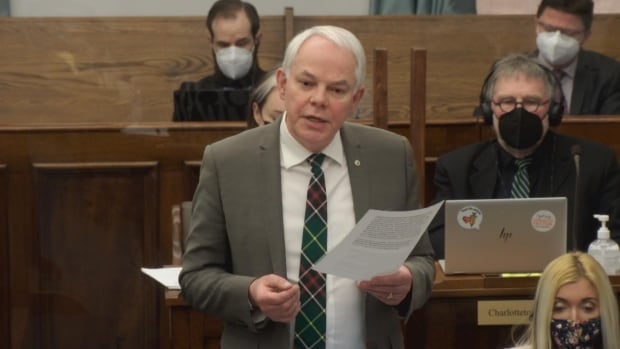 Green Leader Peter Bevan-Baker said in Question Period Friday that an additional $54,000 allocated in the program’s budget is a far cry from the $175,000 needed to bring salaries on par with those of early childhood educators.

“Their jobs were classified as early childhood educators, but they are paid much, much less when they should be paid equally. And that was a government commitment,” Bevan-Baker said, asking the the province if they’d be willing to raise wages now.

“This is yet another broken promise from your government. You have had three years to honor your commitment to these invaluable child care providers who care for the most vulnerable children on the Island, but instead they are treated like second class citizens. .”

Best Start is managed by CHANCES Family Center in partnership with the province. It helps families who need extra support by having workers check on their child regularly for the first three years of life.

Premier Dennis King said the province is working to raise wages for workers and is currently conducting a review to bring them up to par with early childhood educators.

“I know there are problems with [the Early Childhood Development Association] and others, and we are trying to find the best way forward, Mr. Speaker. I appreciate the work they do,” he said.

“I’ve been saying it here for three years, Mr. Speaker: we have to keep paying more money to people in this province. We are working hard to get to that level. But Mr. Chairman, we have a long way to go. go.”

The province allocated $27.2 million for early learning in its latest budget to increase the number of child care spaces, designate more centers and increase wages.

Bevan-Baker said the government should commit to extending all future wage increases to Best Start workers as well.

“The prime minister said he appreciates the work of these people,” he said.

“I want you to value that with money.”