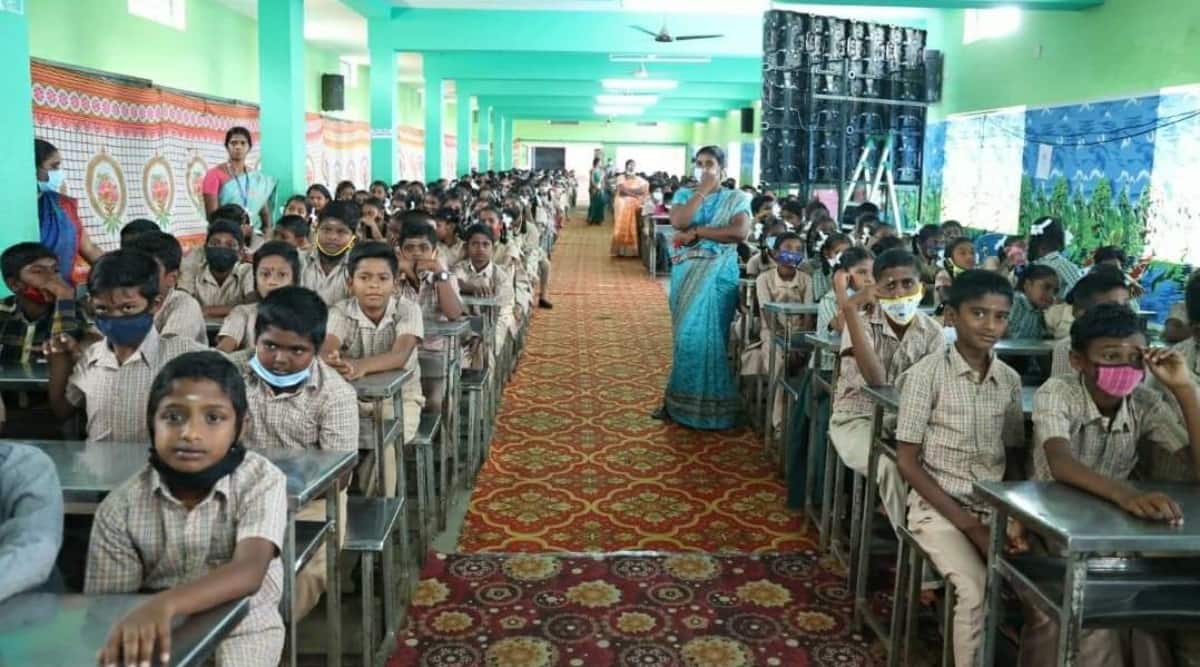 Learning through films: In 13,000 Tamil Nadu government schools, a monthly film is now part of the curriculum

The government of Tamil Nadu has launched an initiative to show films in public schools to encourage positive behavior in children, help them develop empathy and respect for other cultures, promote gender diversity and improve the active listening, observation and critical thinking.

According to the organizers of the initiative, attached to the directorate of education, a film will be screened each month as part of the year-long film festival. This would mainly concern students in grades 6 to 9 and would take place during one of the allocated artistic periods each week.

In each of the 13,210 schools in the state, a nodal teacher would facilitate the entire process. The teacher must prepare a synopsis of the film and ensure that the screening meets all the criteria set out in the circular issued by the education department.

Inaugurating the initiative at a government senior secondary school in Kumbakonam earlier this week, School Education Minister Anbil Mahesh Poyyamozhi said the Covid-19 pandemic had left a deep impact in the minds of children. “The government had launched counseling programs to improve their mental health. The films screened under the initiative will have a central message on social themes and life values,” he said. The festival kicked off on July 6 with the screening of legendary actor-filmmaker Charlie Chaplin’s 1921 film The Kid.

“We have identified nearly 13,000 schools (colleges, high schools and high schools). The kids who provide the best commentary will be shortlisted and then have the opportunity to interact with big names in the film industry. Fifteen children will be identified as the best film critics and will have the chance to participate in children’s film festivals taking place abroad,” he said.

As well as giving kids a broad preview of the film before the screening, there will also be discussions, a feedback session and a quiz segment (with a prize for the best team) after the screening. “It’s like giving some kind of encouragement to students, we can’t say that change will happen among students overnight, it will take time, but it’s a starting point for better things to come. come,” Poyyamozhi added.

The Department of Education plans to develop a proprietary app called the “Silver Screen App” to capture children’s post-screening comments and observations and document the impact of films on students.

“Screening is a matter of culture. I have not heard of any other state doing an initiative like this. He has a goal. The state believes that the whole way we think about learning needs to be expanded. These are not extracurricular activities, they are just as much curricular. People talk about skills in the 21st century, the ones you can actually develop by watching movies. For kids, seeing movies every month at school is a big thing. The teachers are also happy to be able to interact with the children. The ecosystem changes when everyone sits together and watches a movie, it strengthens the bond between teachers and students, so it’s not just a movie screening, a lot of messages are spread by one action, it’s about how the state views self-learning,” said an IAS officer involved in the initiative.

“The idea of ​​a film is to communicate, it helps children observe and learn, it doesn’t necessarily need to have a language and that’s why we started with Charlie Chaplin’s film. We plan to screen Iranian, Assamese and even our Tamil films once a month,” she noted.

Organizers said the challenge is to get films that are not copyrighted. “If you show the films in about 10 to 15 schools, that’s not a problem, but here we show it in more than 13,000 schools. Our idea is to get films that don’t have problems” The government plans to gradually expand the initiative to cover children in private and government-subsidized schools, an official said.

Schools can form their own clubs with the support of a head teacher who can help them access other films and by inviting resource people like writers, poets, filmmakers for interaction.

Organizers added that in the final month of the festival, children will be invited to Chennai for a week-long event showcasing some of the best children’s films from around the world.

Speaking to indianexpress.com, Kumbakonam MP G Anbalagan said they expected good reception for the initiative. “In the past, teachers explained concepts using porul (things), now they explain things using phones. We live in a world dominated by technology, classes are delivered via smartphones, so to engage students, films that have comedic scenes as well as those that offer moral values ​​are screened as part of the festival,” a- he declared.

Army focuses on training its personnel in Mandarin