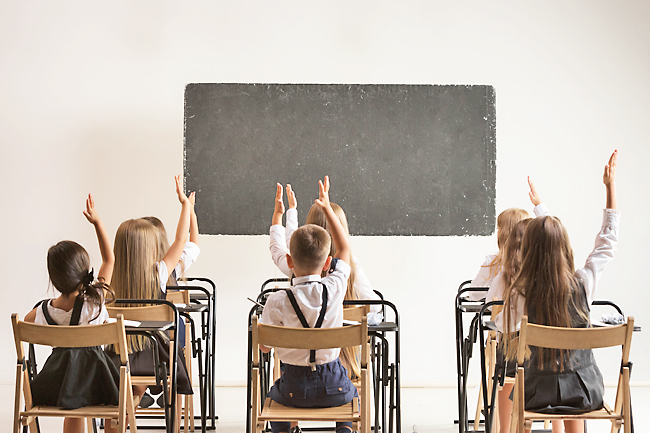 While disadvantages and inequalities in education are prevalent among girls, boys tend to face challenges at later stages, according to the new report from the United Nations Education Organization, the Science and Culture (UNESCO), “Leave No Child Behind”, which focuses on the disengagement of boys from education.

In many countries, boys have lower learning outcomes in school and do not complete their education. As many as 132 million boys of primary and secondary school age are out of school. Fewer boys than girls are enrolled in upper secondary education in 73 countries, while the reverse is true in 48 countries. For higher education, only 88 young men are registered for every 100 young women.

Young men are underrepresented in tertiary education in all regions except sub-Saharan Africa.

This trend is predominant in North America, Western Europe, Latin America and the Caribbean, where only 81 young men are enrolled for every 100 young women in higher education.

Other regions showing a similar trend are East Asia and the Pacific (87), the Arab States and the Central and Eastern Europe region (91).

Poverty and the need to work are important factors in the dropout rate among boys.

Poverty, in particular, has weighed on the learning progress of boys, as they fall behind academically. According to the 2018 Program for International Student Assessment (PISA) survey in which 79 countries and economies participated, a significant number of boys had low reading skills. In 24 countries, more than 70% of boys in the poorest income quintile have not reached minimum levels of reading proficiency.

In 57 countries with data, 10-year-old boys performed worse than girls in reading literacy, and a similar trend was observed at secondary level. This is particularly important in East Asia and the Pacific, Latin America and the Caribbean, and the Arab States where boys are at high risk of dropping out of school.

The lack of a protective legal framework is one of the main drivers of child labour. In 2020, 160 million children were working, of which 60% were boys. Out of 146 countries with data, only 55 have a minimum age of employment aligned with the end of the years of compulsory schooling and above 15 years. At the same time, almost a third have a minimum age of employment below 15 or not clearly defined.

Boys are also pressured by social norms and gender stereotypes to choose certain jobs, which can cause them to leave school early, especially if the job market has a low barrier to entry.

In schools, various factors can have a negative impact on learning outcomes and retention of boys, such as teacher bias and low expectations, ability grading, repetition, authoritarian environment, harsh discipline and violence. Peer pressure, as well as lack of family support, also influence boys’ retention and performance in school.

Policies aimed at addressing the lack of engagement of boys in education are mainly applied in high-income countries. Few low- and middle-income countries have implemented policies to increase boys’ enrollment and completion rates in primary or secondary education.

UNESCO also stressed that the report is not a global comparative study of boys and girls. Instead, it focuses on countries and cases where boys struggle to access education and progress in their studies.

The report stresses that supporting boys does not mean that girls lose out, and that equal educational opportunities benefit both girls and boys and society at large.

While improving educational opportunities for girls around the world continues to be important for achieving gender equality in and through education, the report notes that the focus on achieving gender parity and gender equality must also include boys, in line with the 2030 Agenda for Sustainable Development which commits to leaving no one behind.

Macron appeals to voters in Marseille