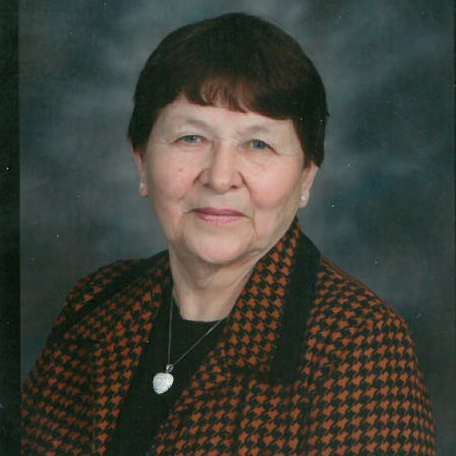 McDougall’s father, Médéric, was a strong supporter of the Gabriel Dumont Institute. He served on the GDI board of directors and received the commission himself in the 1980s. On March 25, Doris will be one of three new recipients and one of only two to receive the gold medal. of the order.

“I’m sure he would be happy,” Doris laughed when asked to follow in her father’s footsteps. “He was very dedicated.”

Doris did not expect to receive the award. In fact, when she heard a few local residents naming her, she brushed it off without hesitation. Being selected was good news.

“I heard from the grapevine here that I had been nominated by some local people, and I thought, ‘well, that will be the end,'” she explained. “But then I got a letter saying I had been selected, so it was actually a nice surprise.

“It is an honor to be selected by the Gabriel Dumont Institute because they have done so much for the Métis with their education programs and their other programs as well. Many people have been helped by Gabriel Dumont.

Winning awards isn’t the only area where Doris follows her dad. The elder McDougall was involved in many organizations but still found time to spend 18 years as a school counselor.

When she graduated from high school, Doris followed her father into the field of education, but as a teacher instead of a trustee. Over the next 33 years, she taught in northern communities from Onion Lake to Patuanak, Beauval, Sandy Bay and Big River.

“Just for excitement, I guess,” Doris said with another laugh when asked why she chose to work up North.

“When I finished high school, I wondered what I could do. Two of my friends were going to teachers’ college, so I thought, ‘Well, I’ll give it a try.’

Doris loved teaching and quickly became convinced that education was an important tool to help people get ahead in life. She noticed that teachers were important role models and mentors in many communities, especially for those looking to improve their lives.

This belief in the importance of education has only grown over time.

“Nowadays you can’t do anything unless you have at least a Grade 12,” she says. “Even now you need a year or two of college before you get most jobs. It was also important in the north.

When she was not teaching, McDougall turned her attention to her Métis culture, particularly her language. She grew up in the Lépine Flats area where all the residents were Métis and all spoke Michif. The southern dialect was heavily influenced by French, but in northern communities Michif included more Cree elements than French.

These observations inspired her to write a short book on the subject in 2018.

“It was a personal project,” she says. “I was flipping through books on the computer to learn more about the Métis language and realized that most of it had the Cree influence, which was similar to what Beauval had, but that wasn’t That’s not what we were talking about here in St. Louis and Batoche. and duck lake. Ours had the French influence, so I made this little booklet.

McDougall will receive his citation at a special awards gala on March 25 at TCU Place in Saskatoon. Geordy McCaffrey of Saskatoon and George Fayant of Regina will also be recognized.

The Gold Medal of the Order of Gabriel Dumont honors those who, during their lifetime, have rendered exceptional service to the Métis of Canada. It is one of the Métis Nation’s highest civilian honours, with 86 people recognized since its inception in the 1980s.

The Gabriel Dumont Institute presents the award to Métis and non-Métis individuals who serve or have served the Métis of Canada with distinction.