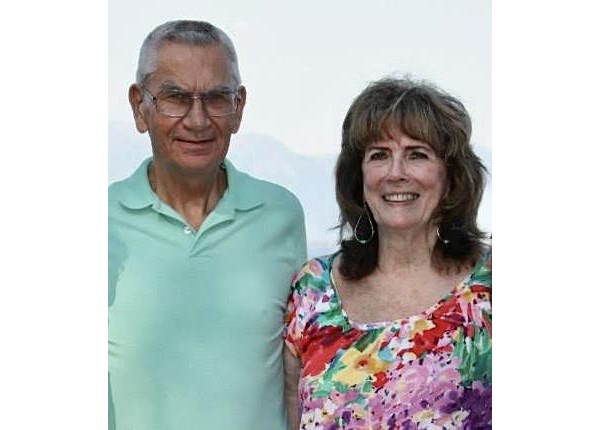 Mike grew up in Rexford, MT and Libby, MT. He attended Eastern Washington University and Western Montana College where he received his undergraduate degree in secondary education in 1966. Mike met Lois Wilson, who was a new elementary school teacher from Charlo, MT, and they married on August 25, 1963. While living in Libby, Montana, they raised their two daughters, Tracy and Lisa.

He began his career in primary education, quickly realizing that managing other people’s children was not his passion. He decided to follow in his father’s footsteps in forest management and became a logging manager. With strong leadership and brilliant math skills, Mike led teams of sawyers for over 24 years with St. Regis Paper Company and Sawmill. Mike and Lois left Libby and moved to Spokane, WA in 1989. Mike continued his successful gunsmithing business, while Lois extended her teaching career to 15 years at Pasadena Park Elementary.

Mike enjoyed spending time with his wife, daughters and their families, as well as their three grandchildren. He spent his summers at Flathead Lake with his wife and large family. He was a talented gunsmith and spent countless hours hand carving beautiful stocks for custom shotguns, garnering a large audience of buyers around the world and attracting the attention of national publications. He loved the forest and hiking in the beautiful terrain of northwestern Montana. An avid reader with a special affinity for world history, he would amass a large library over the years, including his own editor’s notes in the margins and highlighted sections of interest.

Mike is survived by his daughter, Tracy (Peck) Mikesell, her husband Matt Mikesell and their son Jackson; daughter, Lisa Peck and daughters Sophia and Rosalie Minakakis. Mike was predeceased by his parents, June and Arthur (“Bud”) Peck and most recently by his beautiful wife, Lois Peck.

A celebration of life will be announced at a later date. More information will be published. To share memories of Mike, visit his Tribute Wall at www.hennesseyvalley.com.

Published by Spokesman-Review from February 6 to March 5, 2022.