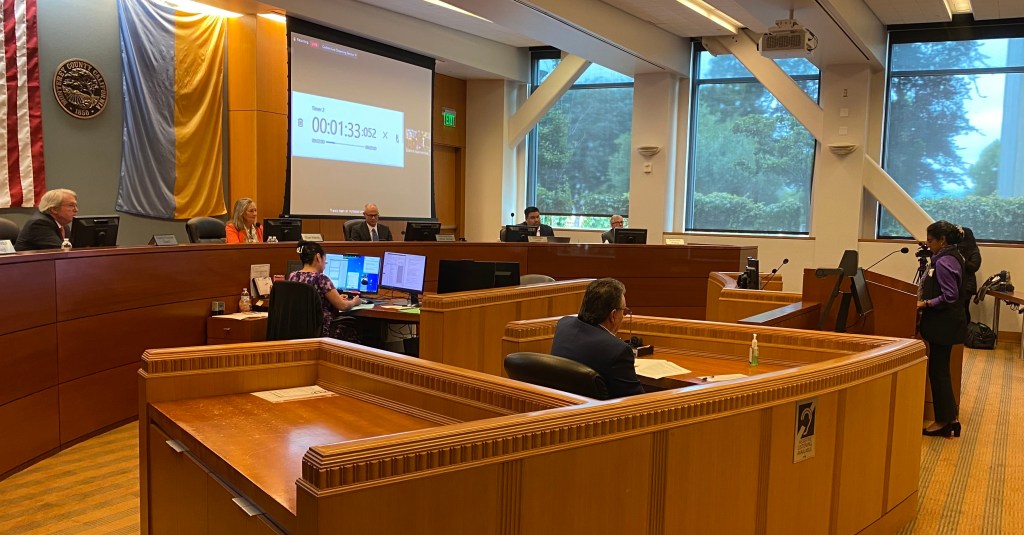 SALINAS – The Monterey County Board of Supervisors on Tuesday accepted a petition to put an initiative on the ballot that would attempt to increase and improve licensed child care and early learning in the county of Monterey with a special parcel tax.

Supervisors will vote on July 26 to place the article on the November 8 ballot.

“At this point, I will ask for the full support of the board for the initiative at this time,” said board chair Mary Adams, after thanking everyone who helped raise funds. signatures for measurement.

After speaking to the Board of Supervisors in support of the measure, Monterey County Schools Superintendent Deneen Guss told the Herald the initiative would be a tremendous boost to early childhood education efforts in the city. county.

“We all know that if our youngest learners, who are our babies, have high quality child care right from the start, they’ll be so much better prepared for school,” she said.

Guss said children coming into the TK-12 system unprepared are a huge problem in Monterey County.

“Unfortunately, so many of our families can’t afford child care, and I understand,” she says. “I am here not only as a member of the community and as a parent, but also as an employer. I have employees who are educators who cannot afford childcare. Today, the going rate for unsubsidized child care is about $1,200 or $1,300 or more per month. My employees can’t afford it. So can you imagine if you are someone who works in hospitality or agriculture and even have a lower salary? »

Monica Lal, president and CEO of the Monterey Peninsula Chamber of Commerce, told supervisors the chamber fully supports the measure.

“As our local economy rebounds from the worst of the pandemic, there has been an increased awareness of the need for child care in our community,” she said. “Employers are eager to hire local workers for important jobs in hospitality, agriculture and healthcare, as well as other vital industries.”

Maria Rodriguez, coordinator of the Mujeres en Acción program, spoke from her personal experience to explain her support for the ballot initiative.

“I’ve been through the challenges that many mothers have with childcare,” she told supervisors. “I had to stop working because I wasn’t earning enough to pay for childcare.”

Rodriguez said high costs and long waiting lists were barriers that kept her from finding daycare until she received help from Mujeres en Acción and became economically self-sufficient.

Based on their reactions at Tuesday’s meeting, it seems likely that the board of supervisors will back the measure when it comes back on the agenda in two weeks. All supervisors spoke in favor of the initiative.

Supervisor Chris Lopez told a story from the campaign trail when two women asked him what he was going to do to help them get off a waiting list and find child care.

“She had a child on her hip and she looked me straight in the eye and said, ‘What’s your plan?’ It was a challenge and I took that challenge on personally,” he said at the meeting, addressing supporters of the measure. “What you did today gives me the opportunity to say that I support you and your efforts, and that’s what I’m doing.”

The initiative would be funded by a special parcel tax of $49 on every parcel of real estate in Monterey County, which would raise $5.5 million per year for 10 years. The money would remain under local control, meaning it would not be cut or taken by the state.

The revenue generated would be kept in reserve to be used only for the implementation of the project, according to the initiative’s website. The First Commission for Children and Families of Monterey County, also known as First 5 Monterey County, would then develop, administer and oversee a budget and program plan, updated every three years. Started in 1998, First 5 Monterey County is a local board of a statewide program that provides services for children up to age 5.

The allocation of special tax funds to the commission would be through the county board of supervisors. And, in conjunction with the commission, the initiative’s organizers are proposing a citizen oversight committee to make program and budget recommendations, as well as prepare an annual report on the project’s progress. The ballot initiative suggests a 15-member committee, with members representing the licensed child care community, local business and industry sectors, and education interests, from kindergarten to middle school.