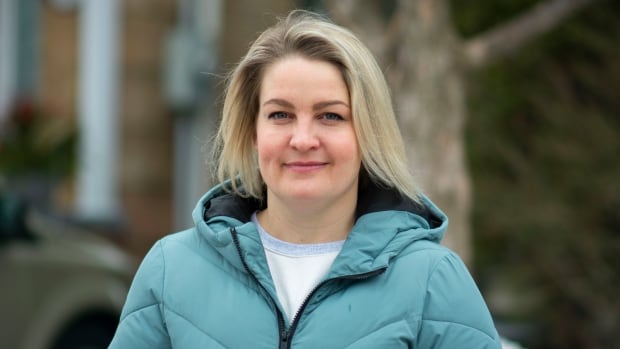 A Hamilton high school teacher is one of two plaintiffs who have filed a lawsuit against the Ontario government, arguing that its publicly funded Catholic school boards are unconstitutional.

“My ideal outcome is that we merge public and Catholic school boards,” said Adrienne Havercroft, 39.

His attorneys filed the claim in Ontario Superior Court in January, while affidavits and exhibits were filed Wednesday.

Havercroft, who is Christian, said she attributed much of her inability to secure a full-time teaching position between 2009 and 2019 to the fact that the Hamilton-Wentworth Catholic District School Board (HWCDSB) generally does not hire. than Catholic educators.

She said she declined to apply there because she is not Catholic and does not think it should be publicly funded.

The second applicant is James Sutton of Markham, Ontario.

The notice of candidacy, obtained by CBC Hamilton, says he has two children who attend public schools away from home and he does not want to enroll them in Catholic schools closer “because of his conscience”. He also says he identifies as an atheist.

The Ministry of Education said in an email that it is “committed to protecting the rights of denominational schools and the rights to minority language education, and this includes the Catholic and French language funded by Ontario public funds”.

Havercroft said his job search was an “overwhelming experience”.

She said she was diagnosed with stage 4 Hodgkin’s lymphoma in 2012 and that not having a full-time job was affecting her ability to pay for her healthcare.

She improved and took casual long-term positions on the public board to replace maternity leave and sick leave. In 2014, she got a real estate license in an “act of desperation”.

“I definitely wouldn’t have…I didn’t think I was going to go back to teaching,” Havercroft said.

She finally got a full-time teaching position with the public school board in September 2020.

She acknowledges that it was difficult to find full-time teaching jobs at that time, but says it would have been easier to find a job if there hadn’t been a school board that hired almost exclusively. Catholics.

“Such a move would cause chaos and massive disruption for hundreds of thousands of students, families and staff,” he said.

Regarding Havercroft’s comments, Daly acknowledged that educators need a pastor’s reference when applying to the school board, but said sometimes exceptions are made to fill a position that doesn’t have as much candidates (such as French or technology teachers).

He also said that Havercroft’s long wait for a teaching position was not uncommon, as at the time hiring was by seniority.

Both Havercroft and Sutton are members of a group called One Public Education Now (OPEN), which has tried to end funding for separate schools and supports legal costs through fundraising.

Reva Landau, a retired attorney and founder of OPEN, previously filed a similar petition in 2013, but the court declined to consider it because she was not a public school employee or mother. a student and had no vested interest in the matter.

She points out that Quebec once had separate school boards, but ended that in the late 1990s.

Landau also said merging the school boards would save money.

Daly disagrees, saying there would only be money saved if fewer students went to school.

“Catholic schools make a significant contribution to the fabric of our society,” he said.

“The last thing we want is a state-funded education monopoly.”