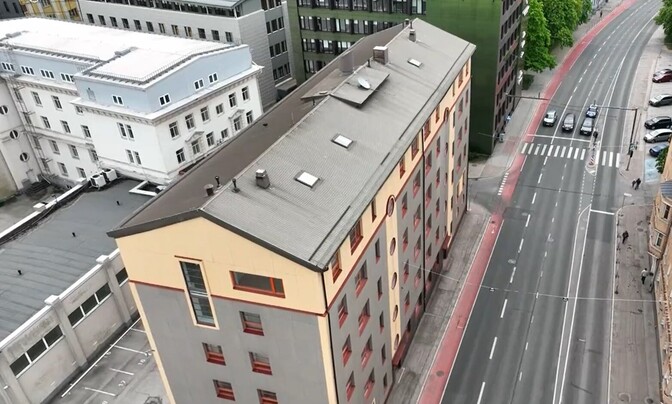 Whereas previously the state preferred Ukrainian war refugees to study in Estonian language schools, now it has been decided to build a school on Endla tänav in Tallinn, specifically addressing the needs of Ukrainian children.

“Almost half of the war refugees in Estonia are in Harju county, most of them in Tallinn, so there is a shortage of places in Estonian language educational institutions there, so we have agreed that schools in Tallinn would mainly focus on the first and second years of general education,” Education Minister Liina Kersna said.

This means that Tallinn will provide places at the school for pupils in grades one to six. For pupils in grades 7 to 12, 800 places will be created in the new Vabaduse school, which is attached to the state high school in Tõnismäe.

Two months ago, the soon-to-be-vacant Tallinn Music High School in Nõmme, which also has a boarding school, was considered as a possible location for a Ukrainian school should the need arise.

However, said Kersna, “The building on Endla tänav is in the city center, which makes it much more accessible than the Nõmme Music High School. And, unfortunately, we have to admit that the physical condition of the school of Nõmme’s music is much worse than Endla’s building.”

Vabaduse School will operate as a language immersion school, with late immersion principles applied, meaning that at least 60% of classroom instruction will be in Estonian.

“We will start with intensive Estonian language learning, as well as the skills that can be acquired through activities conducted in Estonian – whether they involve creativity, technology or movement.

We will start with these and then gradually introduce more Estonian language teaching,” said Olga Selištševa, Director of Studies at Vabaduse School.

In other subjects, she says, the choice of language of instruction will depend on the students’ mother tongue.

“We are looking at who these children are, what is their mother tongue or what was their language of instruction when they were studying in Ukraine. Based on this, we will start teaching them either in Ukrainian or Russian,” Selištševa said.

Applications for admission to the school will be accepted from June 1, with the school year due to begin in September. More than 1,600 Ukrainian children are enrolled in Tallinn in the Estonian Education Information System, almost 500 of them in Russian-language schools, the rest in Estonian-language schools.

Opinion: Teacher assistants are key to fair and equitable learning