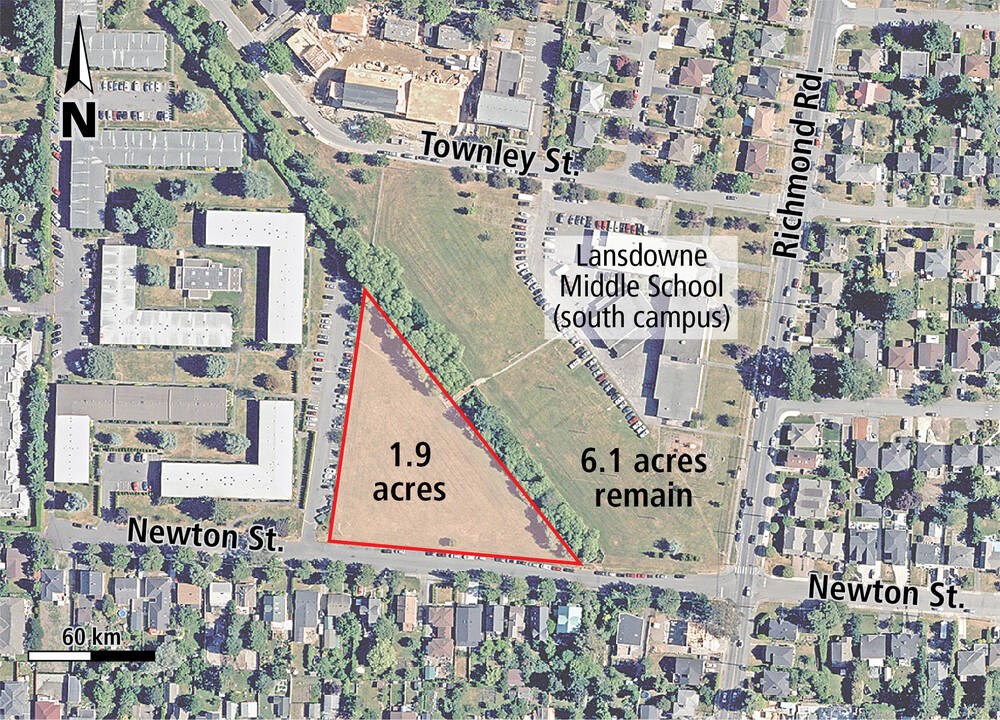 A group of parents are calling for an end to the sale of the land in the Greater Victoria School District to the Victoria Hospice Society, which wants to build a new facility on the property. The neighborhood has a potential sales agreement.

A group of parents are calling for an end to the sale of the land in the Greater Victoria School District to the Victoria Hospice Society, which wants to build a new facility on the property.

The district has a potential deal to sell 0.08 hectares of land adjacent to the south campus of Lansdowne Middle School – formerly Richmond Elementary School – to Hospice for $ 2.5 million.

The land concerned is a triangular plot separated from the school building and the remaining 2.5 hectares of the property by a grove of trees.

But the Confederacy of Victoria Parents Advisory Councils is interested not only in selling land belonging to the district, but also in the prospect of building in an area bordering Bowker Creek.

â€œIt’s not that we don’t think the Hospice is a worthy organization – of course we are,â€ said VCPAC President Angela Carmichael. â€œWe really have to be careful before we start digging and building in environmentally sensitive areas. “

She said she is sensitive to the fact that Hospice is currently in a former facility. It has been part of the community for over 40 years and has space within the grounds of the Royal Jubilee Hospital.

The hospice’s plan is to use the school district’s site for a new center of excellence, with services that include bereavement support, community education and other programs for patients and their families.

The school board said it would not look into the matter until the new year.

Secretary-Treasurer Kim Morris said the decision to delay was made after the board received a report on the engagement process for the plan, in line with education ministry requirements.

â€œAnytime we have a land disposal proposal, through our communications department, we seek feedback and feedback,â€ Morris said. “It’s a lot of information, we’ve received a lot of correspondence, so I think the board just wanted more time to think about their decision.”

Chief Executive Officer Kevin Harter said the demand for hospice palliative care programs is increasing and must “adapt and grow.”

The agreement with the district is an important part of being able to do that, he said.

A report to the board included both positive and negative comments on the plan.

One commentator said the money the sale would bring in would help improve schools in the district and that Hospice is a worthy cause. â€œAll of us who have experienced the care that Hospice provides to our loved ones will understand how crucial this service is. “

Another respondent called for more consultation, saying, â€œRestoring Bowker Creek as a healthy riparian ecosystem has deep commitments within the community. “

A previous sale of approximately three hectares on the land of the south campus of Lansdowne Middle School will allow the Conseil scolaire francophone de la Columbia – the French-language school district of British Columbia – to build a new language school. French.