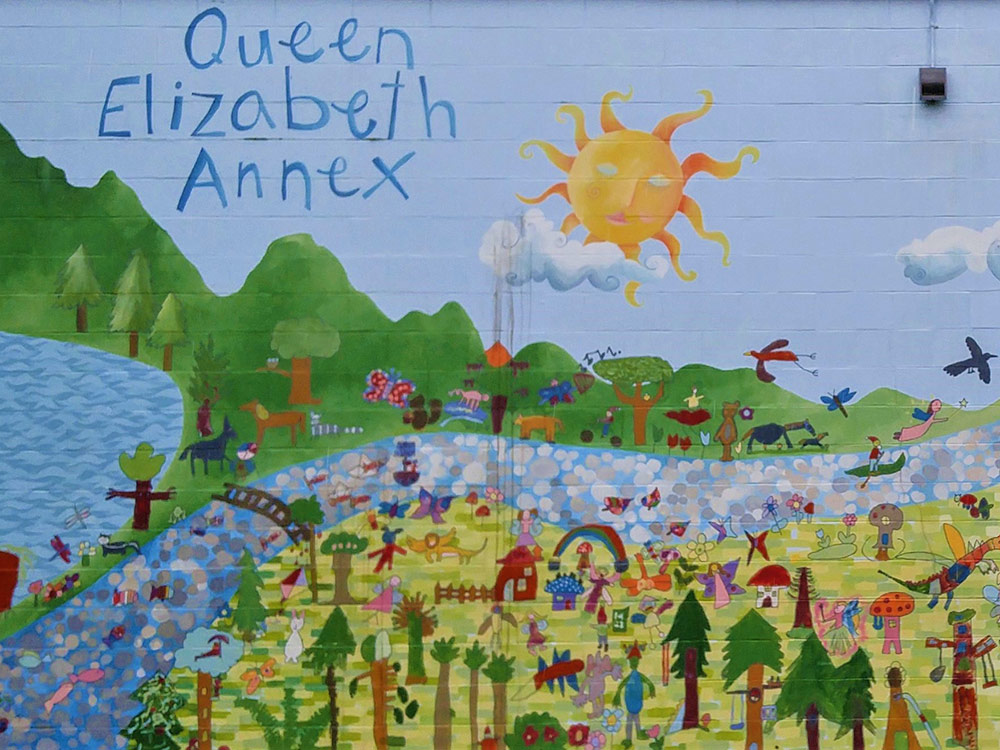 The fourth attempt to close the Queen Elizabeth Annex since 2008 turned out to be the last this week when Vancouver school administrators voted to close the elementary school.

Announcements, events and more from Tyee and selected partners

Accountable to you, we pursue the highest standards. Help us add 500 new recurring members by June 13.

Eligible creators can apply for a chance to receive $20,000 in production funding, training, mentorship and distribution on TELUS Optik TV.

The small French immersion school currently provides education for 71 students from kindergarten to grade 3. She has been at the center of a district debate since January involving parents of children on the schedule and children in schools where students on the schedule might hang out, and administrators and district staff.

The special Monday evening board meeting was devoted to deciding the fate of the school.

Administrator Allan Wong began the meeting by proposing that the district close the school.

But while he believed his “eleventh-hour” decision was the right one, Wong did not ask the other directors to vote with him.

“I sincerely ask each director to vote based on their own deliberation,” he said.

The reasons for Wong’s closure, echoed by most of the six trustees who voted to close the school, included a projected decrease in the number of students enrolled in the school, an estimated district budget shortfall of 14, $7 million and the desire to use the operating funds saved by the closure for the construction of a new elementary school in the Olympic Village and for overdue seismic upgrades for more than 40 schools.

The Supreme Court of British Columbia ruled that the Conseil Scolaire Francophone de la Colombie-Britannique, the province’s French-language school district, was entitled to school space in the district in 2016. Its decision found that the Francophone primary school on the west side of the city had been overcrowded since 2007 and noted that the search for a new school site began in 2011.

In 2019, then Education Minister Rob Fleming tied provincial funding for a new school in the Olympic Village to the provision of Queen Elizabeth’s Annex to the council.

But the district refused to close the school in 2019.

The Conseil Scolaire Francophone de la Colombie-Britannique filed another lawsuit against the district and the province in 2020.

This lawsuit argues that the Vancouver school board’s decision not to transfer the schedule to the board violates the rights of French-speaking students to an education in their own language.

Although current education minister Jennifer Whiteside has not explicitly linked the provision of the annex to funding for the Olympic Village school, a statement emailed from her office to The Tyee in March supported the transfer of the Queen Elizabeth annex to the council.

“Francophone students deserve the same access to public education as their Anglophone peers, and we appreciate the cooperation of VSB and CSF on this,” the statement read.

“This would ensure that Francophone students in the community have their own school and provide the VSB with significant funding to advance its capital priorities.

A new school for the Olympic Village was an NDP election promise in 2020.

Gonzalez also said the department asked the district to create a long-term capital plan for its spending priorities, including the Olympic Village school, a requirement the department has not imposed on any other. school district.

Gonzalez cited the recently passed Bill 22, an amendment to the Schools Act empowering the province to give school district lands to the Francophone School Board.

Closing the school now, instead of waiting for the government to do so with Bill 22, could give the district leverage to get new capital funding from the government, she said. .

“I think it is prudent that before the trustees address this decision, there is an objective in mind that the VSB can negotiate with the Ministry of Education for the long term lease of the CSF.”

The three trustees who voted against closing the school, Barb Parrott, Jennifer Reddy and Oliver Hanson, also cited the government in their voting decisions. Parrott and Reddy repeated many of the concerns expressed in public consultations, including Zoom sessions, and in online polls where a narrow lead of 51% of respondents favored closing the annex. (The Tyee requested to attend these sessions, but the district declined the request, citing the need to prioritize attendee privacy.)

A lack of trust in the district and its consultation processes was a recurring theme in all five Zoom sessions, according to stakeholder engagement from Delaney and Associates, which was hired by the VSB to facilitate the consultation.

As reasons for his decision, Reddy listed a “difficult consultation process” that was “tense” and plagued with closed questions; a lack of adequate data on future enrollment projections; and inadequate consultation with the Musqueam, Squamish and Tsleil-Waututh nations.

Hanson, the liaison administrator for the annex and proposed schools for displaced annex students, L’École Jules Quesnel and Queen Elizabeth Elementary, said he voted against closing because he didn’t not standing for re-election.

Why is Queen Elizabeth’s annex on the chopping block again?

Holding back tears as he described the experience of having his son’s school closed a few years ago, Hanson said his decision was based solely on what he sees as the role of an administrator.

“Closing QEA… is the wrong decision as it is not in the best interests of our learners,” he said, adding that the decision could lead to students being moved from the Annex to an overcrowded or earthquake-prone school. dangerous – École Jules Quesnel could become overcrowded with the addition of students from the annex, and Queen Elizabeth is not immune to earthquakes.

“We have all forgotten why we are in this position in the first place: the Department of Education failed in its responsibility to CSF ​​learners to provide them with enough schools in Vancouver and elsewhere, and shifted the problem onto our district.”

The Annex will close its doors at the end of June 2023.

Budget allocation for children: it has decreased relative to GDP over the past two years