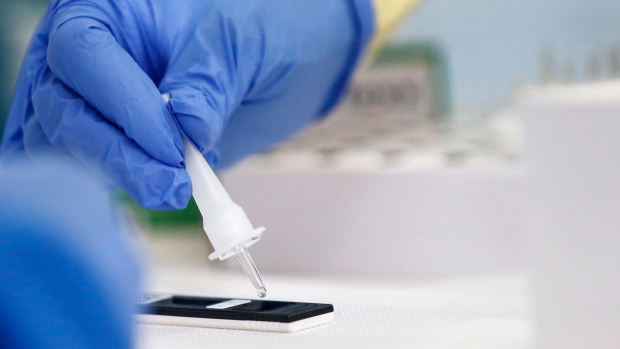 Rapid screening for the coronavirus: Quebec schools would benefit

MONTREAL – Rapid tests for COVID-19 being deployed in schools across Quebec could at least help avoid unnecessarily sending home children with worrying symptoms, according to a new Quebec study.

The Ministry of Health and Social Services and the Ministry of Education recently announced that the tests would be implemented in schools in 10 regions of the province, including Montreal, Laval and Montérégie.

Dr. Caroline Quach-Thanh, CHU Sainte-Justine, and her colleagues studied the optimal use of rapid tests to contain epidemics and evaluated their effectiveness in schools.

They concluded that the polymerase chain reaction (PCR) test remains the most sensitive technique in symptomatic individuals, but that rapid tests have a role to play when children are symptomatic.

“If you come in in the morning and realize the child has a little cough and maybe a sore throat, if the test is negative, the child can stay in school,” Quach said. “Obviously if this persists we will have to go for a PCR (test) as usual, but we can allow school attendance around this test.”

Rapid tests may miss some SARS-CoV-2 infections compared to PCR tests, but the risk is lower in symptomatic patients. These rapid tests are also more effective when the viral load is high, that is, when the contagion is greatest.

Quach concluded that rapid tests should first be reserved for symptomatic people.

While testing may allow some children to stay in school or daycare, she said, discretion will still be required, as the criteria that existed before COVID to send a child home remain valid.

“If the child has a fever, is not well, is not able to keep up with activities, he still needs to be sent home,” she said. “If he has a fever of 39 and the test is negative, he is amorphous, he is not able to follow what is going on in class, there may be the flu, there may be other viruses which we don’t want to pass on either. “

The results of the study were obtained thanks to the participation of more than 2,000 high school students and nearly 300 school staff recruited from two high schools in Montreal and followed between January and June 2021.

Researchers found a higher proportion of asymptomatic cases in these participating schools, which would mean more cases were missed in other schools in the province.

In addition, among infections for which the source was known, 72.5% were due to family transmission and 25% to school transmission.

– This report by La Presse Canadienne was first published in French on October 18, 2021.