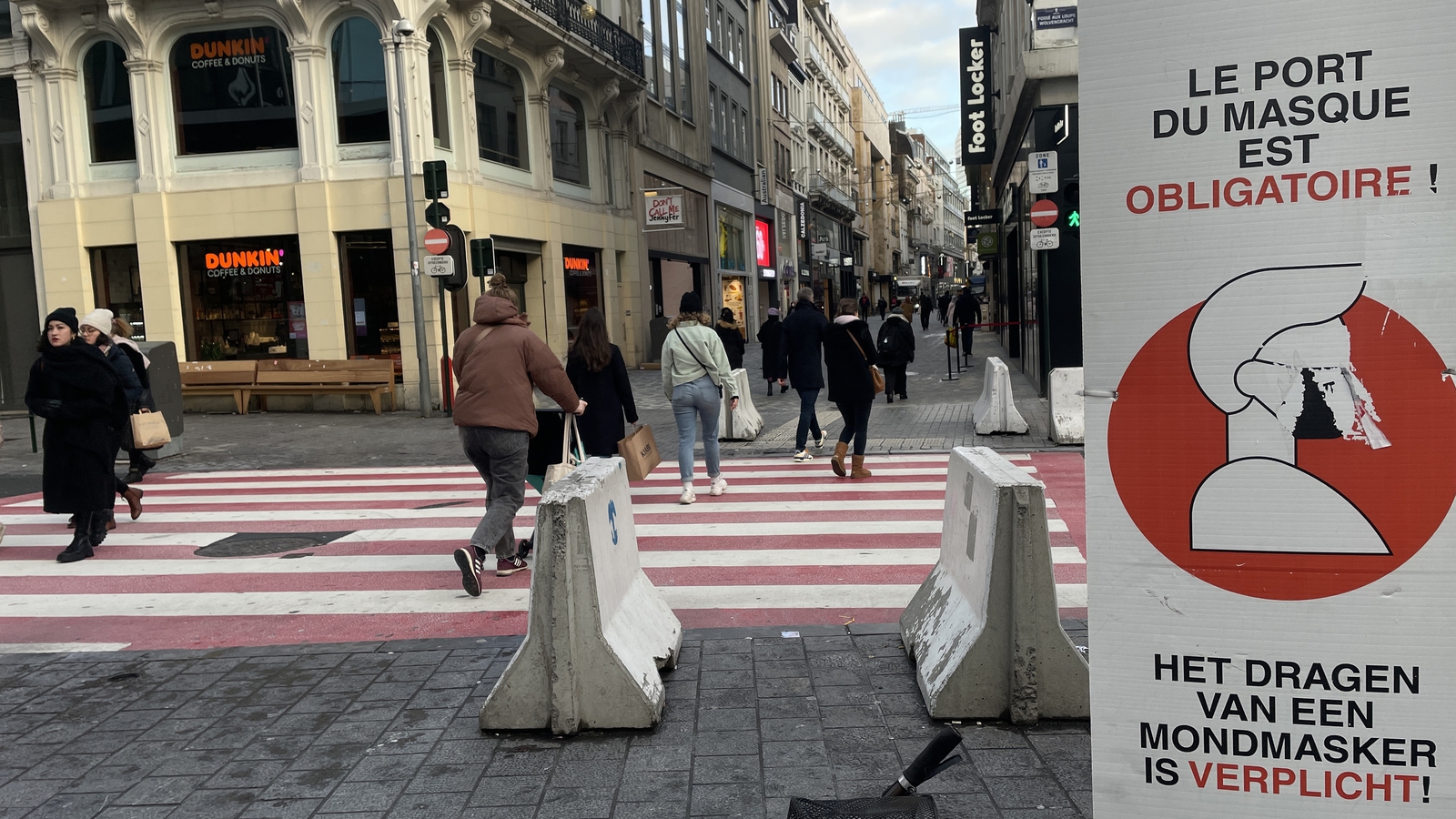 Fueled by the highly transmissible variant Omicron, daily cases of Covid-19 in Belgium hit a new peak this week, with health experts warning between 30,000 and 125,000 cases per day in mid-January in the country of 11 million.

“The fifth wave has started. The weekly average has increased by 82%,” virologist Steven Van Gucht said at a press conference after a government meeting on the coronavirus situation.

Home to the institutions of the European Union and NATO, Belgium recorded 27,199 new cases of Covid-19 on January 3, breaking a record set in November 2020, and reached a new record of over 28,000 on the 4 January, as Omicron hit the country a little later than Ireland, Britain, Spain and France.

“We are going to have a difficult few weeks. We are going to break records for the number of infections; large groups of people will be infected,” Prime Minister Alexander de Croo said at the press conference.

“It’s going to get worse before it gets better, but we are armed,” he said.

The number of people hospitalized is also on the rise, particularly in the Brussels region by 60%. Between 2,500 and 10,000 beds could be occupied by Covid patients by the end of January, said Dr Van Gucht, without giving estimates for patients in intensive care units.

Seeking to avoid staff shortages and encourage more vaccinations, the country’s health authorities decided on Tuesday to lift the mandatory quarantine for people vaccinated after coming in close contact with an infected person.
Schools will reopen as scheduled for classroom instruction on January 10, but nightclubs remain closed and a face mask is still mandatory for anyone over six years of age on public transport and in some indoor environments.

There were no immediate plans to make vaccination compulsory, unlike some other European countries which imposed the measure for certain groups of people.

The French parliament has approved the government’s latest measures to fight Covid-19, including a Covid-19 pass, providing respite for President Emmanuel Macron after criticizing his attack on the unvaccinated.

The legislation relating to the vaccination pass was approved by 214 deputies, against 93 who voted against, while there were 27 abstentions. The measures will then go back to the Senate, which will examine them before any new approval.

The ruling La RÃ©publique en Marche party earlier this week defended the use of foul language by Mr Macron as the president stepped up his campaign against those who had not been fully vaccinated against Covid, after his remarks drew condemnation from the opposition and mixed reactions from voters.

Mr Macron said he wanted to ‘piss off’ unvaccinated people by making their lives so complicated that they would end up getting vaccinated.

He was speaking in an interview with Le Parisien newspaper, in which he also called unvaccinated people irresponsible and unworthy of being considered as citizens.

Yesterday, France recorded a record of more than 332,000 new cases of Covid-19 in 24 hours, and 246 more deaths from Covid in hospitals, as the country battles a fifth wave of the virus.

Portugal said it would allow students to return to school from next week and nightclubs to reopen on January 14 despite a record increase in Covid-19 cases, with hospital admissions still fine below levels seen earlier in the pandemic.

â€œIt is obvious that the Omicron variant is less severeâ€¦ the vaccination was effective against (her),â€ Prime Minister Antonio Costa said at a press conference.

“This is why we have a much lower number of hospitalizations, fewer people in intensive care and fewer deaths,” he added.

The variant hit Portugal – one of the most vaccinated countries in the world, with 89% of its population fully vaccinated – in November, leading to an increase in cases. These yesterday reached a record of nearly 40,000 new infections.

Yesterday, authorities recorded 14 deaths from Covid-19, well below the more than 300 daily deaths during the previous peak of the pandemic at the end of January, when the vaccination campaign had just started.

As of Monday, only people infected with the coronavirus and those living with them must self-isolate, while those who have received a booster – a total of around 3 million people – no longer need to do so. .

Students can return to school on Monday, but a homework order, imposed around Christmas, will remain in place until January 14, Costa said.

The increase in the number of cases comes three weeks ahead of a snap parliamentary election on January 30 and Mr Costa said authorities would do everything in their power to ensure that all people, including those in isolation, can vote.

Austria will impose new Covid-19 measures from Saturday, including reducing quarantine times to five days, forcing people to wear masks outside when in crowds and limiting to six months the validity of vaccine certificates, officials said.

The government also announced stepped-up inspections to ensure stores restrict access to those vaccinated and recovered.

“We must do whatever we can do together to prevent another lockdown,” Chancellor Karl Nehammer said at a press conference after the federal government met with provincial leaders and experts from the task force on the pandemic.

Austria reported 8,263 new cases of Covid-19 today, nearly three times the daily average number of infections last week as the country battles a wave of infections with the Omicron variant.

“It’s a revenge”: the worldwide success of Tahitian dance that the Europeans tried to ban | Tahiti