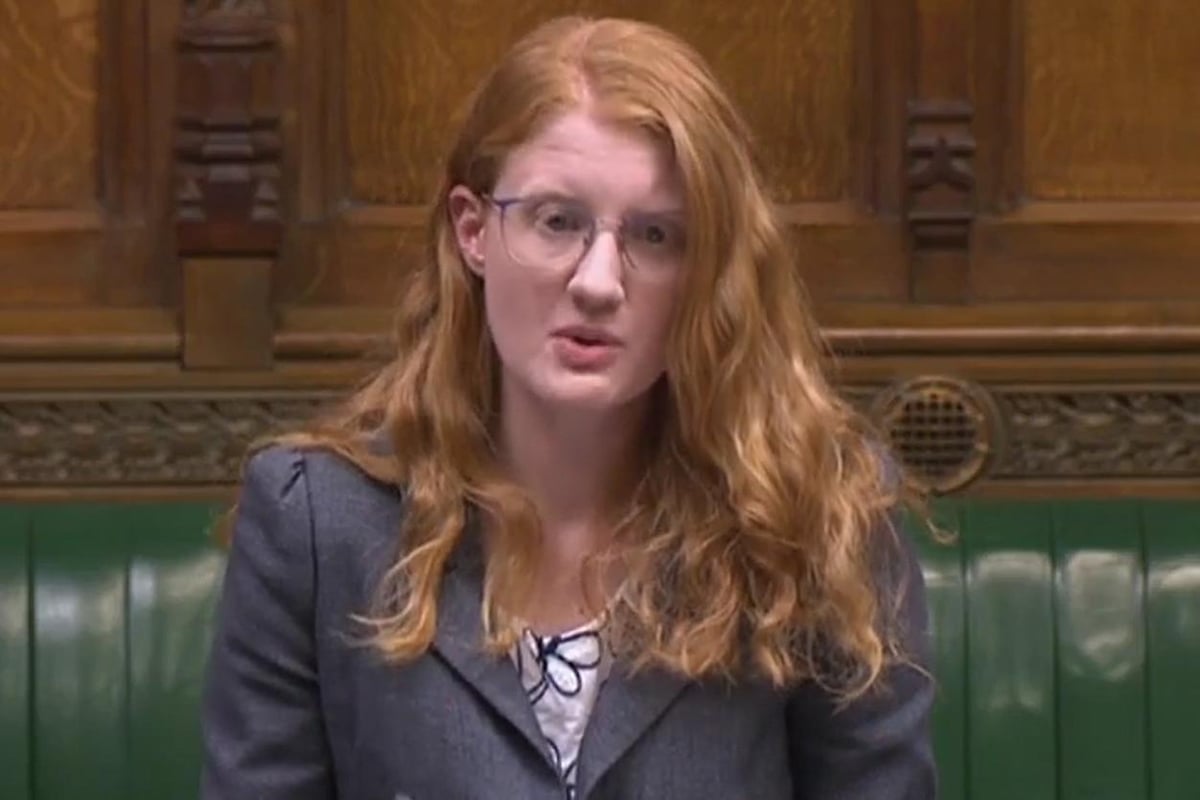 The government has introduced a £4billion increase in school funding for this financial year, representing what the Department for Education said was a 7% increase in funding per pupil.

But during Education Questions in Parliament yesterday, MPs pointed out that the costs facing schools are rising at a faster rate – leaving many headteachers faced with unpleasant decisions about how to balance their books.

Register to our daily newsletter

Holly Lynch, Labor MP for Halifax, said: ‘I have spoken to local headteachers who report that due to inflation staff costs have risen by 12%, gas by 20% and electricity costs by 30%.

“A manager said to me, ‘Please ask the Secretary of State what am I supposed to cut to meet the costs of inflation? “The resources we had to put into a community kitchen because that so many children had no meals? Should I turn off the heating or just remove the teaching staff?”

She added: ‘What would the Minister want me to say to this manager?

He said: “The department also helps schools make the most of their resources from a range of resource management tools. This includes recommended energy offers and support for schools to change and enter into new energy contracts. I would encourage them to engage with this program. Of course, we all want to make sure that these important school priorities can be addressed.”

Dame Diana Johnson, Labor MP for Kingston upon Hull North, said: “I recently visited Hall Road Primary School, which was built in the 1920s in a very deprived area of ​​Hull but provides an excellent education for pupils.

“What the principal told me was that rising energy costs were really hitting his limited budget for the school.”

She asks if it would be possible to meet with Mr. Walker both to discuss potential emergency funding that could be given to the school and whether it could receive a new school building.

Mr Walker replied that an announcement would soon be made on which schools qualified for the latest cycle of the government’s school reconstruction programme.

He added: “Of course I would be happy to meet the honorable lady and hear about the particular conditions of the school. I recognize that much of our school area is facing these challenges with aging buildings. and it is important that we continue to invest and help them where they can spend to save.”

Labor MP Ruth Cadbury added: “Schools are telling us that funding cuts, inflation and rising energy costs mean they have to limit the number of healthy options in school meals.

“The government agrees with us that good, healthy school meals are essential for children to thrive, especially as for more and more children school dinner is their only hot meal.

“Yet the Minister for Schools said, in relation to school meals, that it was up to schools to “manage their own individual budgets”. Is this the best the government can offer? »

Mr Walker replied: ‘Our school funding increases were front-loaded to get money for schools quickly; this year the base funding for schools is increased by £4 billion… our national formula also targets this funding towards deprivation, it includes an FSM (free school meals) factor which means that all pupils benefiting from school meals freebies will attract additional funding.

“The total amount allocated through deprivation factors in the national formula increases by £225m or 6.7% next year compared to last year.”

“The latest data suggests prices have almost doubled in the first quarter of this year alone, as cost pressures put children’s learning at risk.”

He asked when the government will provide further support to help schools ‘keep the lights on’.

Mr Walker reiterated that additional funding was in place and pointed to data relating to the end of the last school year, which he said showed that 97% of academic trusts were in “cumulative surplus or in balance and 92% of schools run by local authorities were in this situation.

“An improvement in both cases compared to the previous year,” he added.

Earlier today Minister for Children and Families Will Quince said he recognized schools were “not immune” to the cost of living crisis, but they had to manage their own budget.

His comments came as the association of school caterers Laca warned that the quality of school meals would deteriorate if funding was not earmarked by the government.

Mr Quince said the government had ‘really clear school food standards, all of which are about healthy and nutritious meals for children while they are at school’.

“I recognize the global inflationary pressures from which the school catering sector and schools are not immune – which is why we have invested an additional £7billion during the Schools Spending Review period. , including an additional £4 billion this year,” he told the PA news agency.

The government has increased the rate by 7p per pupil, retroactive to April 1, with all Reception, Year 1 and Year 2 pupils receiving £2.41 per meal instead of £2.34.

Campaigners said the rise was well below inflation.

Mr Quince said he will ‘continue to work with the sector and monitor this very closely as I need to ensure that children across the country are getting a healthy and nutritious meal at lunchtime’.

Asked if schools would be pushed into deficit if they tried not to pass on rising food costs to pupils, he said the extra £7billion would help schools with that, but they had to “manage their own individual budgets”.

He said he would speak with Education Secretary Nadhim Zahawi, who would in turn speak with the Treasury on how to better support schools and families.

In the survey of 170 Laca members, conducted between May 19 and May 25, 40% said they were worried about not being able to meet school food standards in the new school year, while more than half – 55% – said school food quality will deteriorate if things don’t improve.

Laca said the cost of staples such as ground beef has risen 11% overnight in recent days.

The association has also raised concerns that some children are “falling through the cracks” due to the cost of living crisis.

Laca said 57% of its members have seen a drop in the use of paid meals, although 54% said eligibility for free school meals has increased, meaning many children who need meals free schools are missing due to the cost-of-living crisis, he says.

He said the 2.9% increase in universal free school meals for infants is “insufficient” to address the challenges facing the industry and called on the government to increase funding in line with free school meals, from £2.41 per meal to £2.47 per meal. .

Laca said he supports the recommendations of the National Food Strategy to raise the eligibility threshold for free school meals to £20,000 a year – currently only families with an annual household income of £7,400 or fewer are eligible, after tax and excluding benefits.

The government did not adopt this recommendation as part of its food strategy, published in June.

Mr Quince said he would ‘continue to explore’ this suggestion.

“It’s definitely something I can continue to explore and look at – what’s really important with free school meals in particular is that we’re targeting the support we have for the most vulnerable and the lowest paid. – that’s exactly what we’re doing right now.”

Laca calls for all funding for school meals to be earmarked. Its survey found that more than a third of caterers – 34 per cent – ​​considered using more processed foods in meals, and 38 per cent said they did not receive the full £2.47 from schools per meal .

Laca National President Jacquie Blake said the results are an “urgent wake-up call” and warned that without adequate funding the “most vulnerable children” will miss their only hot meal of the day.

She added: “Too many children are already falling through the cracks – their families can’t afford a paid school meal, but they don’t qualify for free school meals.”

Some school leaders said they were trying desperately not to let rising food prices affect the quality of school meals, but it was stretching their budgets in other areas.

James Bowen, policy director of headteachers’ union NAHT, said all households are seeing ‘a steep rise in costs’ and this ‘can only have an impact on schools and school meals’.

“Schools will work with their suppliers to maintain quality and try to reduce costs for families, but that means absorbing higher costs into already tight budgets. As always, that means a choice on what to cut spending elsewhere,” he said.

Paul Gosling, NAHT chairman and headmaster of Exeter Road Community Primary School in Devon, said his school had delayed rising meal costs to avoid putting pressure on families, but added : “For the moment, the school absorbs the increase in costs, but it is not sustainable.

At the Yorkshire Post, we are committed to speaking truth to power on behalf of the people who call County God’s Own home. Our Politics Team and Westminster Correspondent are the eyes and ears of Yorkshire in the halls of power.