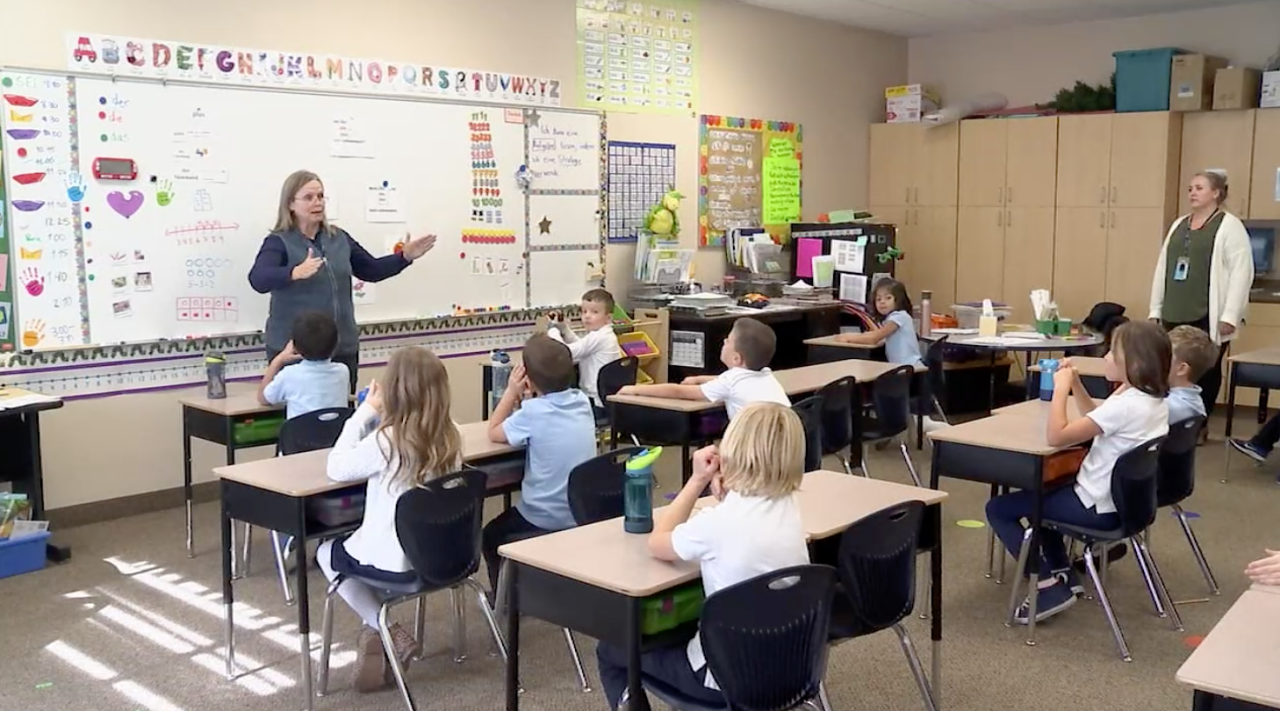 Students learn a second language during the COVID-19 pandemic. How they rise above the challenge

During half of their school day, students at Summit Academy – Bluffdale learn to speak German.

Penelope, a first grader, counted to 10 for ABC4 News.

“There are so many cognitive benefits from these kids and their brains are big enough because they’re kids, to do double duty, both learning the content and absorbing another language at the same time,” she said. declared. “It doesn’t help them, they just come out with the same abilities, just that they can speak another language as well.”

In the United States, around 1.4 million people speak German, according to babble.com. And the site reports that German is one of the most commonly used languages ​​in business because it is so widely spoken in Europe.

“The German language is the second most used language in science. Germany is the country of thinkers and philosophers and many inventors and I think the culture is also very unique, ”said teacher Milana Boss.

Sometimes learning a second language has proven difficult for students during the COVID-19 pandemic.

“I couldn’t see all of their faces and how they were doing it and stuff and secondly, I can’t hear them well,” said fifth grader Paige Langford said.

“With the masks and the next part of the year they were with us, it was interesting to see how it impacted their pronunciation and hearing,” said teacher Laura Ebeling.

“The masks made it a little harder to speak, so that was really the only problem I had other than social distancing and everything,” said seventh-grader Griffin Merrill.

All German teachers interviewed by ABC4 News said they were proud of their students for overcoming the challenges of the pandemic.

“It was a challenge, but I was excited to see how we could take advantage of technology and give students the ability to register and communicate with each other, even virtually and in virtual environments,” Ebeling said. “I think it’s amazing that you can focus a little more on the pronunciation and make sure that these clarifying factors are addressed really directly.

“They take on the challenges they face, whether it is not understanding the language, but they still have to do math, whether it is expressing themselves even in an emotional moment, trying to understand it. ‘express in a foreign language,’ said Pehrson. “They learn these skills all the way through and so they come out as very resilient kids and resilient students.”

Next summer, the seventh and eighth graders will travel to Germany to try their hand at the language.

“They can practice the language they learned in the classroom and have a real experience there and see what we are talking about and learning,” Boss said. “We hope that they will be interested in continuing to learn German after their return and that they see the benefit of being able to understand and talk to the locals.”

Students fundraise for the trip, to make sure every student can go. The boss said donations can be made by calling Summit Academy – Bluffdale at 801-254-9488.