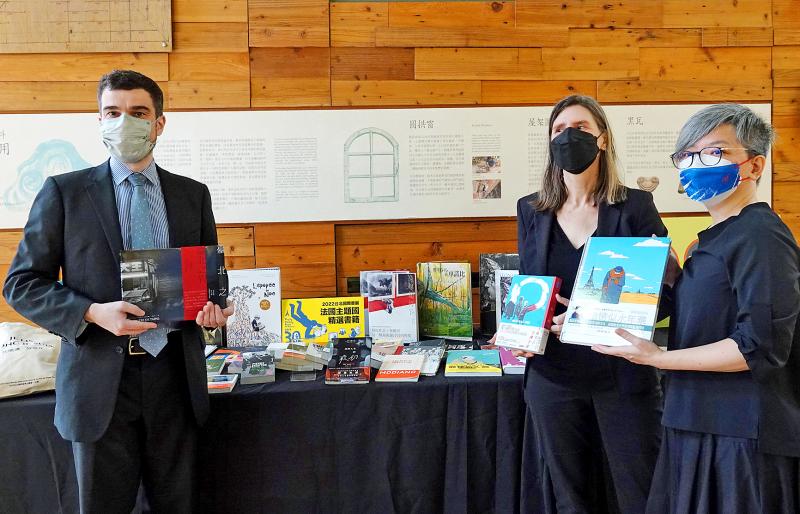 Organizers of the upcoming Taipei International Book Expo said on Thursday that France had been chosen as the fair’s theme for the fourth time and that it would highlight renowned authors and titles from the country.

The announcement was made by the expo organizers, the Ministry of Culture (MOC) and the Taipei Book Fair Foundation at a press conference.

The event, which is scheduled to open on Thursday, will carry the slogan: “I read, therefore I am”, a play on French philosopher René Descartes’ famous quote: “I think, therefore I am”.

The media event was also attended by the Head of Culture, University Cooperation and Education of the French Office in Taiwan, David Kibler, as well as the Director of the European Office of Economy and Trade in Taiwan. , Filip Grzegorzewski.

Kibler said he hopes reading can give people the comfort they need in a post-pandemic world.

The exhibition’s keynotes will focus on audiobooks, while French creative studio Small Bang will showcase a new style of comics that includes interactive experiences, organizers said.

Handwritten manuscripts of great names in literature such as George Sand, Marcel Proust and Victor Hugo will be on display, on loan from private collectors and the François-Mitterrand Library.

Ukraine will also share part of the spotlight in a special section called “We Stand with Ukraine”, which will feature the works of 15 Ukrainian illustrators, reflecting their experiences and feelings during the Russian invasion.

Valentina Butenko, head of international market development at Yakaboo, a Ukrainian online bookstore, is to lead discussions on how the country’s culture and national identity are reflected in Ukrainian literature.

Butenko thanked the MOC for helping arrange for a Ukrainian delegation to attend the fair, even though the war prevented such an effort from happening.

However, the war has prevented such plans, but she will do her best to represent different points of view through discussions and the books she brought with her, she said.

The story was published by the Central News Agency, which was contacted to help bring it to Taiwan, Lee Ching-hwi said.

The 30th Taipei International Book Expo is the first to be held physically after two years of restrictions related to the COVID-19 pandemic.

The event is scheduled for Thursday through Tuesday next week in Exhibition Hall 1 of the Taipei World Trade Center.

Comments will be moderated. Keep comments relevant to the article. Remarks containing abusive and obscene language, personal attacks of any kind or promotion will be removed and the user banned. The final decision will be at the discretion of the Taipei Times.