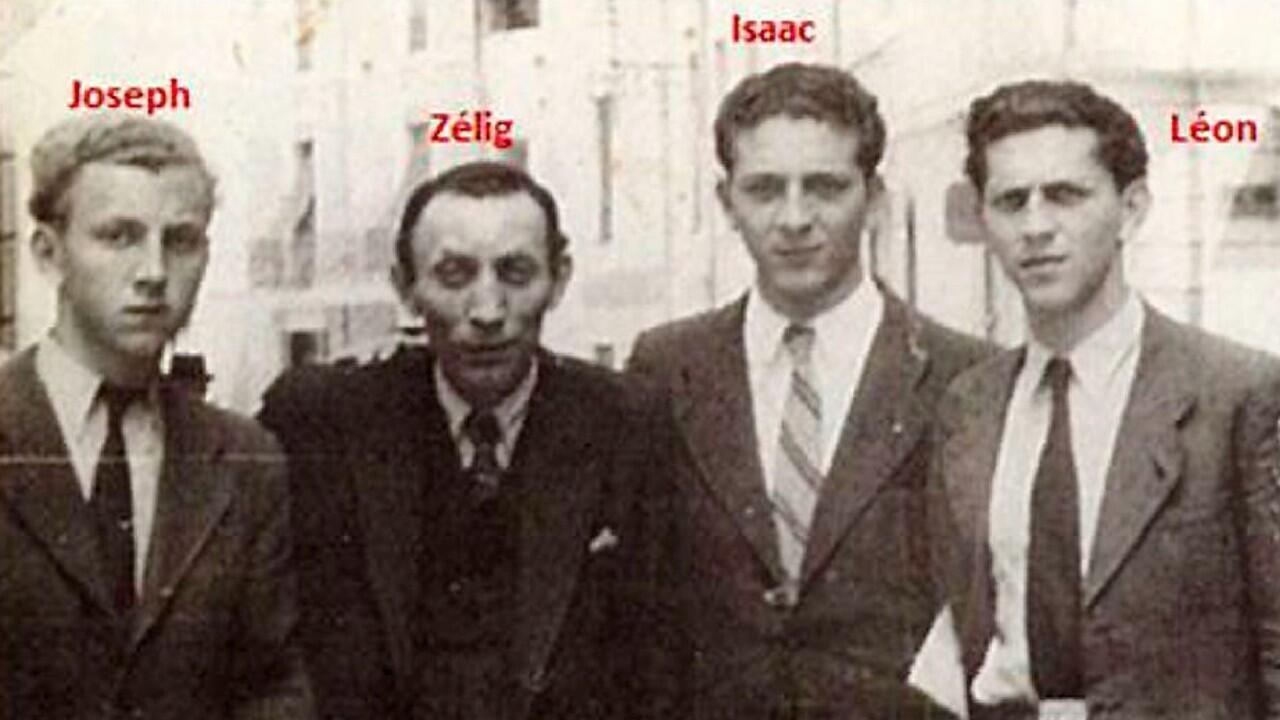 The childhood of Élisabeth Borne, French Prime Minister, was marked by the suicide of her father in 1972, when she was only 11 years old. Joseph Borne, whose original name was Bornstein, was a Polish-born Jewish resistance fighter who survived the hell of Auschwitz but never quite recovered from the experience.

Borne, who became France’s first female prime minister since the 1990s, has been tight-lipped about her private life and family legacy, scarred by the horrors of World War II.

His father Joseph, a Jewish resistance fighter, was deported to Auschwitz-Birkenau concentration camp in 1944. As he was released a year later, the ghosts of the past – the atrocities of Auschwitz, the loss of loved ones – continue to haunt him. . Joseph Borne committed suicide when his daughter was only 11 years old.

“It wasn’t always easy. I lost my father when I was very young. And so, we ended up with my mother, who had two daughters and didn’t have a lot of income,” he said. she told French channel C8 in a 2021 interview.

Borne traces the roots of his family in Poland. His grandfather Zelig Bornstein – who perished in the camps with two of his sons – fled anti-Semitism in the 1920s for Belgium, where he found work with a diamond dealer. Joseph was born in Antwerp in 1925 under the surname Bornstein. He was one of four boys, Léon born in 1921, Isaac in 1923 and Albert in 1930.

When the Second World War broke out, the family was again forced into exile, fleeing to the south of France where they took refuge in Toulouse, Montauban, then in Nîmes. The Bornstein boys’ mother, Anna, has died aged 36.

The photo is from 1939. Zelig Bornstein, born in Lukow, Poland, poses with his three sons: Joseph, Isaac and Leon. They will all be deported. Joseph and Isaac will survive, the other two will not. Joseph (the first on the left, in the photo) is the father of#ElisabethBorne pic.twitter.com/snTfiTw2xp

In August 1942, Joseph and his brother Isaac were arrested for the first time as stateless Jews and taken to Camp de Rivesaltes, a transit and internment center in southern France. “Zelig went to Rivesaltes and managed to bribe a guard, who let Isaac and Joseph ‘escape’. They returned to Nîmes at the end of 1942 and decided to join the resistance”, Jean-Paul Boré, vice-president of the AFMD (Friends of the Foundation for the Memory of the Deportation), declared to the site Cultea.

Meanwhile, Albert, the youngest of the children, was also arrested. He was deported with convoy 51 on March 6, 1943 to the Sobibor extermination camp in eastern Poland, where he was assassinated.

The three surviving Bornstein brothers shortened the surname to Borne and joined the resistance in France. Their mission was to transport men and women from the city of Grenoble in eastern France to the scrubland of southern Tarn to join the French Jewish Resistance led by one of the group’s founders, Abraham Polonski, according to the French weekly Point.

But on December 24, 1943, Zelig and his three sons – Joseph, Isaac and Albert – were arrested by the Gestapo in Grenoble. “We had false papers, and when the police burst into the apartment at 10 p.m., they made us drop our pants… They were looking for Jews. They were desperate to get people to report others. “the bathtub” at that time. It was a board that they overturned in the water. It was a very, very tough interrogation,” Isaac told the National Audiovisual Institute (INA ) in recorded testimony.

‘It’s your parents, who go to heaven’

The family was then transferred to Drancy, near Paris, before being deported to Auschwitz-Birkenau in convoy 66 on January 20, 1944.

There they discovered hell. “There were rows of SS and Sonderkommando,” Isaac said, referring to the Sonderkommando groups of Jewish prisoners forced to perform various tasks in the Nazi camp system. “There were dogs, and the cries: ‘Raus, raus, raus’ [‘Out, out, out,’ in German]. We had to get out quickly. It was already snowing. And that’s where my brother Joseph and I were selected” to work, says Isaac. Zelig and Albert were taken directly to the gas chamber.

Joseph and Isaac went to work at Buna-Monowitz, or Auschwitz III, one of three major camps in the vast prison system. “When we arrived, the ashes were flying in the air. When it was windy and the chimneys were burning, it smelled bad everywhere. And the elders, the elders who were in the camp, told us: ‘You see, those are your parents going to heaven.

For a year, the Borne brothers managed to survive thanks, in particular, to their spirit of solidarity, according to Isaac. “We always shared everything, him with me and me with him, because I looked at him like boiling milk.”

In early 1945, as the Soviet Red Army advanced from the east, the Borne brothers were evacuated further west to the Buchenwald camp, from where they were liberated by the United States Army on April 11, 1945.

After the war, when the brothers return to France, Isaac reconnects with Odette, a young woman he met in Nice. In the meantime, Joseph recovered in Calvados, in northern Normandy, where he met Marguerite Lescene, a pharmacist. He converted to Christianity and married her. The couple had two daughters, including Elisabeth, born in 1961.

But Joseph remained traumatized by his war experience. According to Isaac, his younger brother couldn’t bear to talk about those years. In 1972, at only 47 years old, Joseph committed suicide by jumping out of a window. Although the reasons for the suicide are not known, Isaac believed that Joseph suffered from some sort of guilt after losing his father and two of his brothers in the camps. “Guilty of what? We don’t always know. But I believe that everyone, when they lose loved ones, always says to themselves, even today: ‘I should have, I would have, if only I had known.. . .'”

Borne, who was 11 when her father died, became a “pupil of the nation” – a status in France granted to the children of victims of war, terrorist attacks or those who perished serving the country. This means that she received a full scholarship for her studies, which she continued with honors.

In a 2015 interview with the French daily Release, Borne said she thought of her father when, as a civil servant, she presented certificates of naturalization to new French citizens. “That I, the daughter of a stateless refugee, who only became French in 1950, should do this, says something about integration.

(This is a translation of the original in French.)