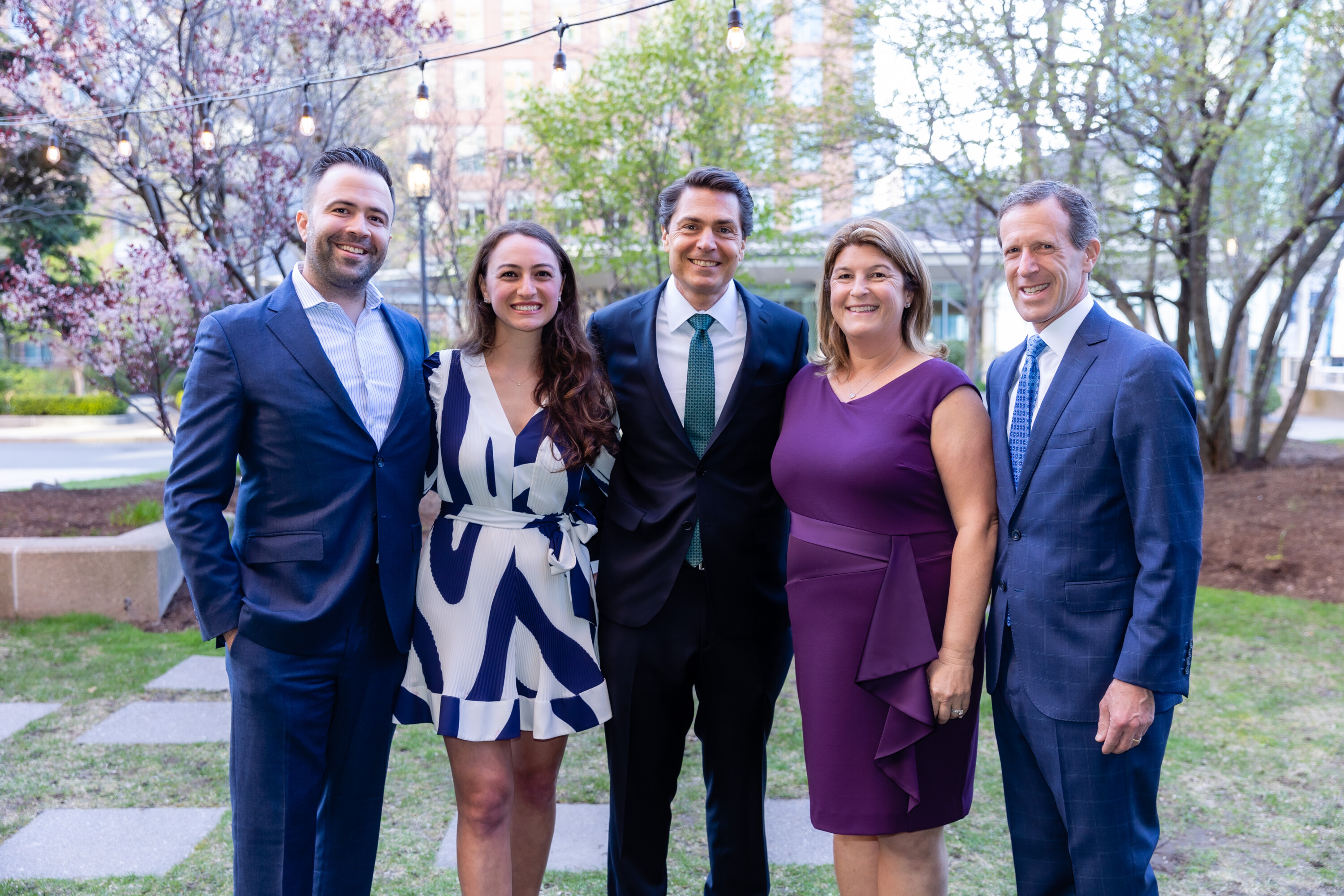 Never miss the best stories and events! To have JewishBoston this week.

Michelle Black currently serves on the board of trustees of Rashi School and Gann Academy, where she is a strong advocate for expanding the reach and impact of local Jewish day schools. She previously served on the board of Combined Jewish Philanthropies (CJP), is a CJP alumnus Acharai Leadership Development Program and National Cabinet of Young Leaders of the Jewish Federation of North America (JFNA). Michelle received her BA from the University of Pennsylvania and her MBA from Harvard Business School.

Darren Black is Managing Director at Summit Partners, a private equity firm where he focuses on healthcare investments. Darren currently sits on the board of Beth Israel Deaconess Medical Center, CJP, and Friends of the Israel Defense Forces (IDF) of New England. He served as campaign chair for CJP and is currently co-chair of Gann Academy’s Permanence and Possibilities Campaign, lending his time and expertise to building a strong future for Jewish day schools and the Jewish community of Greater Boston in its whole. Darren received his BA in Public Administration from Harvard College and his MBA from The Wharton School at the University of Pennsylvania. Michelle and Darren are the proud Rashi parents of four former Rashi students: Evan, ’16, Emily, ’20, Scott, ’20, and Alex, ’22.

After accepting the award, Michelle gave a heartfelt speech that received a standing ovation from the guests. While the Blacks’ four children were all attending Rashi School, Michelle spoke passionately about their time at Rashi. “Rashi created an atmosphere of joyful learning and discovery that aligned with our values ​​and helped transform our children into confident, capable, and compassionate young adults,” Michelle remarked. “It is no coincidence that Rashi graduates grow up and bring their voices, leadership skills and moral values ​​with them as they lead and impact the world. We think it’s largely because of the upbringing they received at the Rashi school.

The Rashi School also proudly presented former Rashi student Clara Scheinmann, ’04, with the 2022 Tikun Alum Award in recognition of his extraordinary dedication to social justice and tikkun olam (fix the world). Clara, director of programs and strategy for the Foundation to Combat Antisemitism, gave an impassioned speech when accepting her award. “Combating anti-Semitism and hate today can impact our minds,” Clara said. “Without fortitude, it’s easier to give up, and if there’s one singular lesson I learned from my Holocaust survivor grandfather, it’s to never give up. “

Clara is deeply involved in the local Jewish community in Boston and around the world, where she has both completed several leadership development programs and co-chaired committees for CJP. She is a first-generation American, has dual French and American citizenship, and speaks six languages, including French, English, Hebrew, Spanish, Portuguese, and Italian. As the daughter of an Ashkenazi father and a Sephardic mother, Clara inherited a rich tradition and a strong Jewish identity that motivates her to connect with others, listen to their stories and develop solutions. to ensure a solid future for the Jewish people.

The co-chairs for this year’s event were Helene and Seth Gelber, Jessica and Chuck Myers, and Lisa and Neil Wallack. Over the years, the annual Rashi dinner has become an annual celebration of Rashi and his impact on the community. The annual Rashi School Dinner is the school’s biggest and most important fundraiser and community event of the year..

Never miss the best stories and events! To have JewishBoston this week.


This post was contributed by a third party. Opinions, facts, and all media content are presented solely by the author, and JewishBoston assumes no responsibility for them. Want to add your voice to the conversation? Publish your own article here.