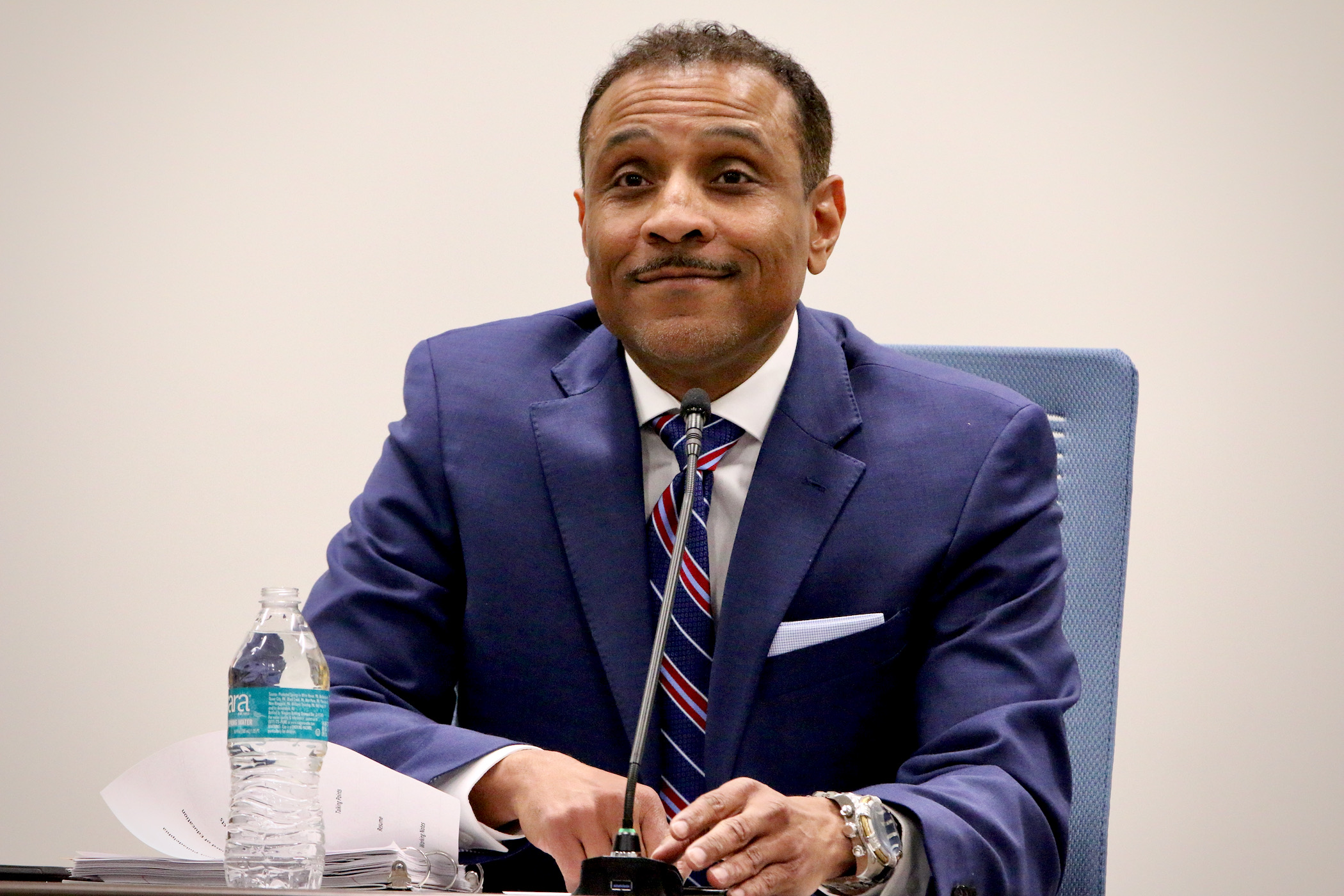 In Philadelphia, it’s almost impossible to imagine – a union leader with rave reviews from her district superintendent. But those are the comments many from North Carolina have offered Watlington. Over the years as an educator – and a short stint as a district leader – he has gained a lot of fans.

The question now: Will this result in a much larger district with a history of deadly political battles over public education?

We are about to find out. On Thursday, the Philadelphia Board of Education signed a five-year contract that will pay Watlington $340,000 a year to lead the Philadelphia school district. It starts July 16.

At the very least, it looks like Watlington is one to try for conciliation and cooperation.

Watlington met regularly with Taylor’s group, “to get a reading from our members on what they needed,” and attended a special union event that honored teachers, students and cafeteria workers, even though he “definitely didn’t have to.”

North Carolina is a right-to-work state, where unions have no collective bargaining power, which makes its advocacy efforts particularly noteworthy.

Taylor appreciated that he kept his teaching license up to date – a sign that he “stays in touch with his roots and with his teaching constitutions” – and she was impressed with the way he developed a five-year strategic plan for the district.

Taylor was on the strategic planning committee and said Watlington brought many different voices to the table, including students and teachers. He incorporated their comments into the plan, and didn’t just pretend to care about community engagement.

One example: students spoke at length about how their mental health affects their ability to learn, and “student well-being and engagement” became one of the main areas of focus of the report, with a clear framework to support children.

“He was super, super good at marrying people together…that you wouldn’t normally expect to come to a consensus,” Taylor said.

From caretaker to administrator

Watlington came to the Guilford County Schools District, where he spent most of his career. It is the third largest district in North Carolina, serving approximately 72,000 students.

He began his school career as a bus driver and janitor and became a history teacher at James B. Dudley High School in 1994. Within a few years, Watlington was named teacher of the year for his district. He later rose through the ranks to become director and member of the central office staff, eventually serving as head of school or second in command.

At community meetings in Philadelphia, Watlington described himself as a “free and reduced lunch kid” whose life has been shaped by strong schools and good teachers. He was the first in his family to graduate from college.

“I know the promise of a great education,” Watlington said at a parent roundtable in Philadelphia. “I know how to work with people at all levels of this organization.”

Jimmi Williams is executive director of Communities in Schools of Greater Greensboro and has worked alongside Watlington for decades. His non-profit organization helps connect schools to community resources.

“One of the things I’ve always loved about Tony is that he has to be one of the most decent human beings I’ve ever met,” Williams said. “I’ve worked with five superintendents, and I know that’s not always the case, where you can say emphatically that one of the most distinguishing characteristics of that person is that they’re incredibly decent and welcoming. ”

Williams said Watlington was an outstanding teacher and school leader, and understood the role of community support in schools.

“It may seem like a very mundane thing to say, but people at the school don’t always appreciate the support and help from the community,” Williams said, “and he has a natural understanding of that.

When Watlington became principal, he realized that a group of overage students at his school were struggling academically, Williams recalled.

They ended up developing a special academic program for those students at a local university, Williams said. This later became a model for early/middle colleges in the district, which serve students whose needs are not met in traditional school settings.

Watlington eventually served as a principal at one of these secondary schools.

“I have seen him skilfully empower his students to overcome things that many students do not have the opportunity to tackle in a university setting and succeed,” said Kenya Donaldson, head of the teachers’ union. of Guilford County.

She first met him when she was a senior trainee and was lucky enough to follow him to Early/Middle College at GTCC-Jamestown.

She described him as a meticulous leader who pays close attention to detail and said he quickly became one of her role models.

“His ability to not only actively listen to stakeholders – from parents to teachers to students – and to be able to guide them through conflict or problem solving and innovate around an issue really left a mark. lasting impression,” Donaldson said.