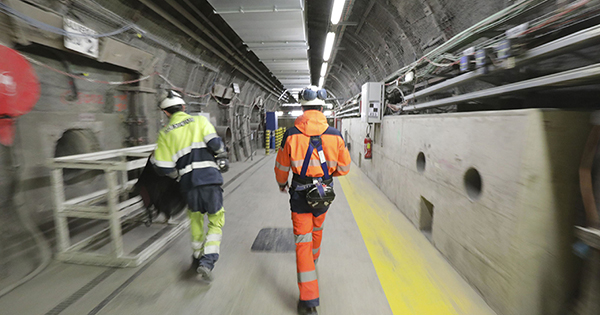 Jhe The elevator took six minutes to reach the ANDRA laboratory (National Radioactive Waste Management Agency), 490 m underground “and 130 m below sea level”, according to its spokesperson Audrey Guillemet. The wide, semi-cylindrical tunnels were empty, apart from a few helmets maneuvering heavy machinery: ANDRA does not yet store anything, but it is studying the potential risks of its controversial Industrial Geological Storage Center (Cigeo) near Bure. , in the department of Meuse — “if it’s approved,” say the directors of the agency. This caution looks more and more like a formality: the project has been in the making since the 1990s, received legal approval in 2006, and was declared of public utility last November.

This year, Andra will seek authorization to move forward from the Nuclear Safety Authority (ASN), which should issue its decision within three to five years. Although ASN has expressed reservations in the past on certain technical aspects of Cigéo, it considers that deep underground storage is the best solution for nuclear waste. The European Commission will also have to approve the project. but said on February 2 that nuclear power generation is in line with the EU’s goal of carbon neutrality by 2050, as long as it meets safety requirements.

The people I met at ANDRA in January were clearly delighted that the Swedish social democratic government (the Greens having left the coalition) had just approved the plan to bury part of the country’s nuclear waste in a layer of granite 500 m underground. The Finnish government approved a similar project last November.

Nuclear waste has been in the spotlight again since President Macron announced that France would build 14 new EPR (European Pressure Reactor) reactors by 2050 and hailed the small modular reactor technology scientists are working on French.

(4) “Report on the events that took place in Bure and their judicial treatment”, Human Rights League of France, June 20, 2019, www.ldh-france.org/.