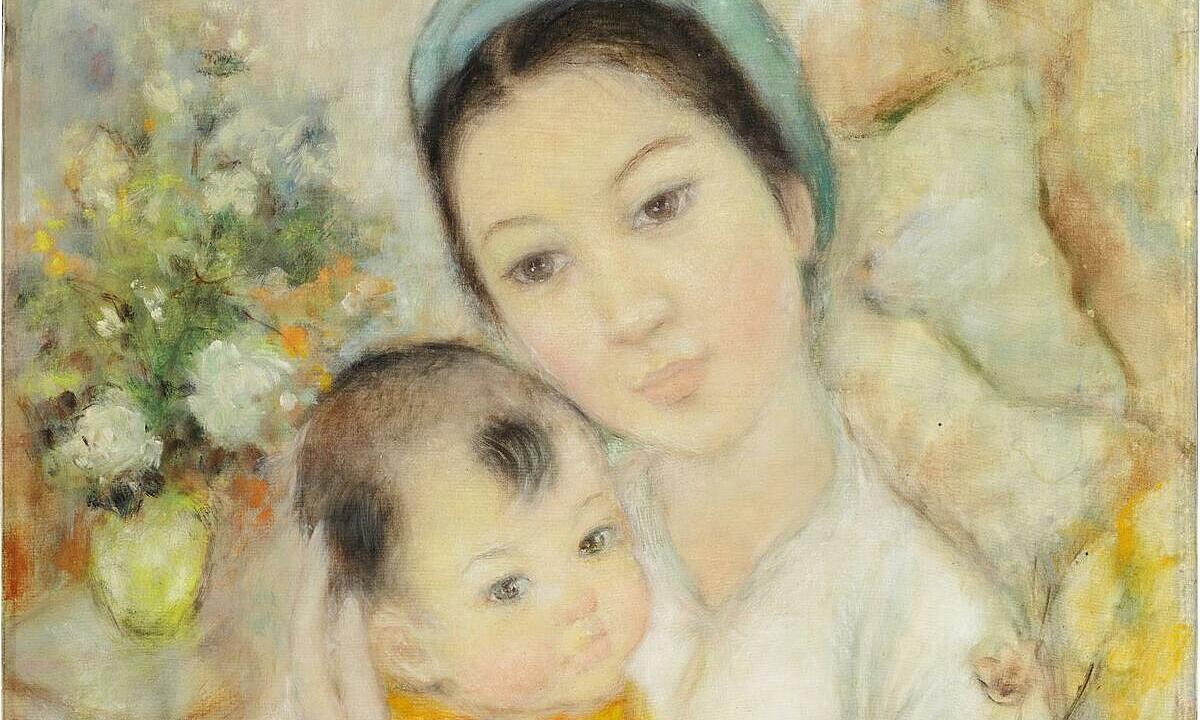 The work of a Franco-Vietnamese painter sold for $570,000 at auction

Although it was only valued at €80,000, it ended up fetching the highest bid at the ‘Indochine’ auction earlier this week.

The 35.8 x 27.5 cm work in ink and color on silk, produced in 1960, represents a mother carrying her child in her arms. They appear to be traditional Vietnamese, with the mother wearing a white ao dai.

“This touching and intimate silk painting is emblematic of the work of Le Thi Luu, imbued with the devoted love between mother and child,” Sotheby’s said on its website.

Art researcher Ngo Kim Khoi said he was not surprised by the high price and in fact expects it to be worth even more in the future.

“The artist did not use primitive colors but delicately blended them to create an overall pastel-colored painting that shows his unique artistic style”.

It is said that the artist did it to express his feeling for his family and his homeland while living in France.

She moved to Paris with her husband, Ngo The Tan, in the early 1940s. She immersed herself in her Vietnamese cultural roots with a series of ink and pigment works on silk in the 1950s.

Vietnamese women and children were his favorite subjects. She is well known for her ability to combine colors, light and delicate strokes.

His paintings have been exhibited in many Parisian galleries.

In 1962, she taught in many art schools in France such as the Lycée Corot, the Lycée Rodin Paris and the Lycée d’Orsay.

‘Indochine’ was devoted to Vietnamese arts of the 20th century, and 49 paintings, lacquers and sculptures by the first graduates of the College of Fine Arts of Indochina went under the hammer.

The total deals were worth more than $1.19 million.

Dual language immersion could be scrapped from Cobb schools