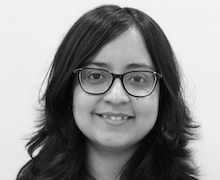 This is what I learned in school

In my sixth grade, Baba decided that he couldn’t rely on school to teach me the important subjects. These subjects are obviously Mathematics, Physics, Chemistry and Biology. An engineer himself, he took charge of the first three, and subcontracted the teaching of biology to the HoD of biology at my school, to whom I assured him that he would not “spoil me”.

Throughout my school life, I passed exams and ended up entering a reputable engineering school. However, recently after listening to a debate on the level of school education in our country, I decided to evaluate the one I had received – at least in those subjects that were left exclusively in school. Please find below this evaluation report –
(Just for context, I went to a large private English-speaking school in a metropolitan city, so it’s safe to assume that I received the best quality of education available for children in our country.)

1. Bangla – I spent a considerable part of the school year obsessing over the 20 point essay and the 10 point somprosaron bhab (a line from a poem to be explained in 10 prose sentences) “would come for the exam ”, And I memorized 6 or 7 of each, each quarterly review based on the shortlist and“ suggestions ”. Now I stay away from trying to express myself in Bengali essays, or even read Bengali poems. I wonder if there is a correlation.

2. English – I have a fairly solid grammar (Thank you, Mahua Miss and Dolly Miss!). But given that my knowledge of English literature was the story books and later novels (all contemporary) that I borrowed from the school library, and it was only recently that I learned that Jules Verne and Alexander Dumas were French authors and what my parents had done that I read as a child were actually translations, I don’t think the Radiant Readers did a very good job.

3. Hindi – Bohot padi thi baalu / Us by tha ek bhalu / Bhalu khata tha alu / Balu bhalu alu (There was a lot of sand / There was a bear on it / The bear was eating potatoes / Sand, bears, potatoes earth. – A poem from my grade 6 third language book.)

4.History – This is what I remember roughly
International history – We started with the primitive people. Then there was the Stone Age, followed by the Copper and Bronze Age, followed by the Iron Age. Then, at one point, there was the “dark” medieval age, which ended with the Renaissance (Rousseau, Voltaire and others). There were also the Greco-Roman civilizations somewhere with cities like Sparta and Carthage. Then there was Attila the Hun, who destroyed everything. At some point after World War I, and shortly after, there was World War II. Then we moved on to the present.

Indian history – Thousands of years ago, there was the Harappan civilization, which had excellent urban planning and writing still indecipherable for its language. Long after the Aryans arrived, the Vedas were written and the caste system was established. At some point after that there was the Slave Dynasty, then the Khaljees, then the Tughlaqs (along with the Palas and Senas of Bengal, and the Chalukyas and Cholas of South India somewhere in between. ). There were the Mughals. Then came the British East India Company, then the Battle of Plassey, then there was the Sepoy Mutiny, and finally Bhagat Singh, Shahid Kshudiram, Gandhiji, Subash Chandra Bose, Nehru and others. We got independence and were divided in 1947, Ambedkar wrote the Constitution, and here we are.
Let me know if it was full or if there was anything else for me to learn.

5.Geography – I basically remember the differences between igneous and sedimentary rocks, as well as the pregnant belly of the Nile in the diagrams. These should do (I’ve always hated geography).

6. Computing – The computer course was divided between theory and practice over alternating weeks. Some weeks we heard about Charles Babbage and Boolean algebra. On others, we took off our shoes and sat in a queue of 4/5 girls in front of each computer, waiting our turn to practice the Logo / BASIC programs (already dictated in the previous theoretical course) , or more often MS Office applications.

7. Physical training – It was just the extra time any real subject teacher could take to complete the program before the bi-monthly unit tests.

Now that I’ve finished my rant, I have a few questions for you; especially if you have children in your family. The biggest of them being, am I just whining? Maybe my education was really brilliant? But since that was not the case, are children taught differently in school today? Or should you take it upon yourself to educate them? Do you always prioritize important or practical subjects, like my parents did, or are children learning “other” subjects as well? Let me know.

The opinions expressed above are those of the author.