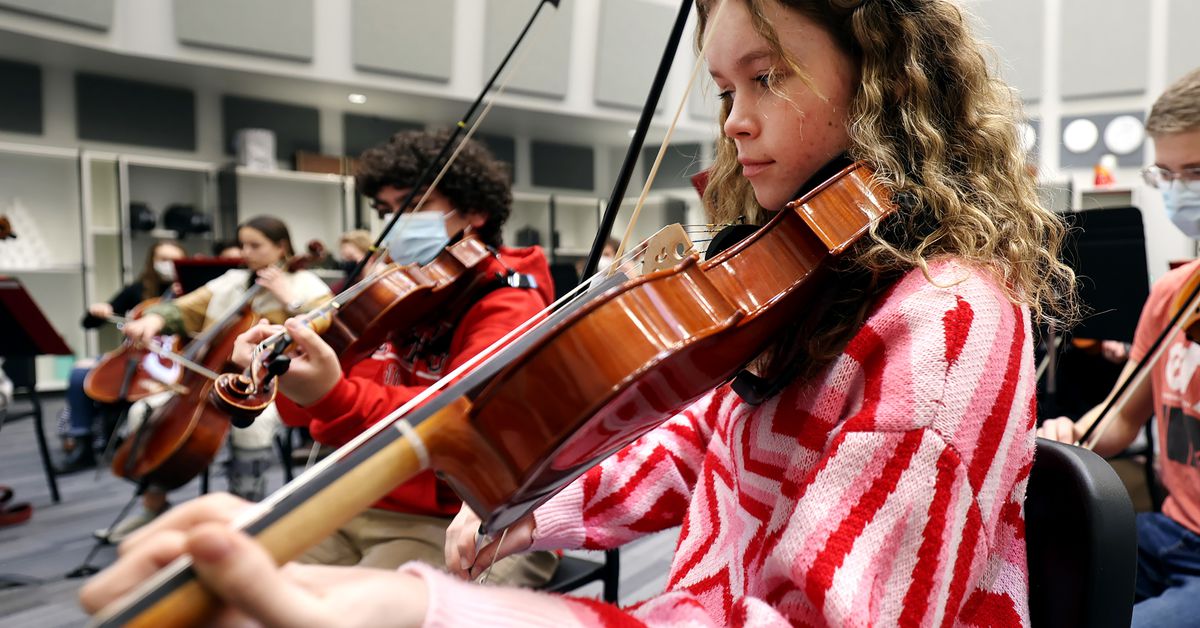 Utah parents who collectively pay tens of millions in college and high school tuition for their children each year could get a reprieve under a proposal before the Utah legislature.

HB211, sponsored by Rep. Adam Robertson, R-Provo, would ban Utah schools from charging tuition fees and portions of extracurricular fees and earmark $55 million in public funding to help offset fees paid annually by families from Utah. The bill does not address fees paid for extracurricular activities.

By tying funding to the student’s weighted unit, the building block of education funding in Utah, the bill would require schools to prioritize curricula, Robertson said.

“We have an obligation as a society, a moral obligation, to educate the next generation, and our priority there is for the core subjects of the curriculum. This is where we are not going to have any fees. The extra stuff is complementary to the education, the extracurricular will remain unchanged,” Robertson said.

According to a recent report from the Utah State Board of Education, schools in Utah collected nearly $83 million in tuition during the 2020-2021 school year, an increase of 5.6%. compared to the previous school year. The report notes that 2021 data was impacted by the COVID-19 pandemic.

Of the $83 million raised, more than $53 million was for school or extracurricular fees, with the remaining $29.1 million going to extracurricular activities such as Utah High School Activities Association-sanctioned sports.

A school activity is defined as an educational activity, course, or program provided or supported by a school that takes place during school hours. Under HB211, a school could no longer charge a fee for laboratory supplies for a science course.

Under Utah law, economically disadvantaged students are eligible for tuition waivers of all types. A report to the Utah Legislature’s Interim Education Committee in November for the 2020-2021 fiscal year said 51% of students eligible for waivers had not requested them.

Karriane Prince, whose four children attended and competed in athletics at Skyline High School, said Robertson’s proposal is intriguing, but she questions whether the proposed $55 million appropriation will be enough for the inaugural year. effort and whether the Utah Legislature will support it.

“I’m afraid they don’t give enough money to the schools to pay for the cost of these courses. The theory sounds great but we are what, 49th or 50th or 51st in terms of funding our school? ” she said.

Prince said she is lucky that paying tuition fees is not a hardship for her family, but she is well aware of families whose income exceeds the fee waiver threshold and who struggle to pay tuition.

Education officials are concerned that, for reasons of equity and access to education, tuition fees may discourage or prohibit students from participating in certain school programs.

“If I thought they were actually going to put enough money in the pot then that would be awesome. I just don’t have the confidence to say that,” she said.

Robertson, the father of eight, said the legislation “will force schools to do something really difficult, it will force them to prioritize. He says, ‘I have to fund the school stuff first,’ a- he declared.

The legislation, which has been introduced in the House of Representatives, is supported by Utah. Governor Spencer Cox, who mentioned the proposal in his recent State of the State address.

“This legislation being drafted by Rep. Adam Robertson will save Utah parents $55 million each year, with a large portion of those dollars going to Utah families struggling to meet essential financial obligations. “, Cox said.

Tuition funding is a top funding priority for the Utah State Board of Education, but it recommends that the state allocate $180 million in one-time funding to offset the revenue that schools would no longer receive parents for school and non-school fees over three years. .

This would affect approximately $170 per student in grades 7-12 and result in lower fees charged to Utah families, improve educational equity, and increase student participation rates in programs that currently charge school or extracurricular expenses, according to board documents.

“Fifty-five million times three is not $180 (million),” said the state’s deputy superintendent of operations, Scott Jones. The figure is intentionally “dynamic”, to account for enrollment estimates, inflation and rising prices for supplies, he said.

“We are very aware that there may be price pressures in the future on supplies or materials that come into classrooms, as chemistry equipment may become more expensive,” said Monday Jones at the Utah Legislature Public Education Appropriations Subcommittee.

The public school board has not taken a position on HB211.

Tamra Daley, auditing director of the State School Board Tuition Consulting Project, said it was a work in progress.

The office has held trainings over the past few years to help local educators improve their practices after audits commissioned by legislative leaders and separately by the State School Board found that Utah public schools do not had not complied with the tuition and fee waiver policies.

The audits revealed wide disparities in the curricular and extracurricular fees charged by schools across the state.

“Some schools charge $30 for driver education while others charge $300,” which is hard to reconcile, said Daley, who is a certified public accountant.

“I don’t care if you’re Logan or if you’re St. George, it’s the same. You get a car and you teach the kids to drive,” she said.

Robertson said the fee is akin to a tax on parents “and it’s being used in strange ways.” For example, the high school her children attend charges students a $100 overhead at the start of the school year.

“How did the school board decide it was okay to charge a random $100 overhead for each student?” It doesn’t make sense,” he said.

Robertson said there was general agreement in the education community on eliminating tuition fees, but there was “active discussion” about how best to fund it.

“My take on this is really simple. It’s, hey, we’re going to make huge increases in education spending this year and there will be more than enough to offset the elimination of tuition fees,” he said.

Allocating funding through the weighted student unit “keeps things even. It places management at the local level, where it should be. That’s how we’re going to handle it and it’s fair statewide.