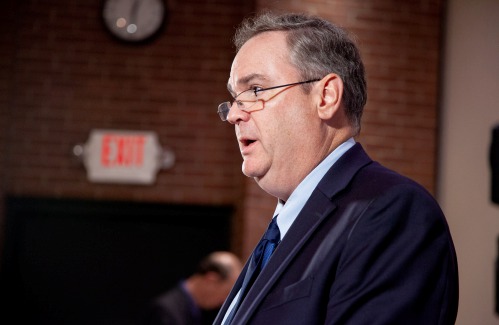 In June, U.S. Representative Lauren Boebert, a Republican from Colorado, said she was sick and tired “of this separation of church and state junk.” Unfortunately, a majority of the United States Supreme Court seems to share this alarming sentiment. These judges have been engaged for several years in a project aimed at tearing down the wall between Church and State, brick by brick.

This spring, the court ruled 6 to 3 that a Maine law restricting school district tuition to only nonsectarian private schools amounted to constitutionally impermissible discrimination against religion. “Maine’s decision to continue to exclude religious schools from its tuition assistance program…promotes a stricter separation of church and state than the federal Constitution requires,” said writes Chief Justice John Roberts.

This decision is a matter of importance for Vermont, which has a similar program to Maine. Districts that choose not to operate their own high schools can use public money to pay tuition for their students to attend a public school elsewhere or an approved private school of the parents’ choice. Following the Supreme Court ruling, Vermont Education Secretary Dan French earlier this month told school districts they could not withhold tuition payments to religious schools. approved.

But, as the VtDigger news site reported, Vermont’s situation is somewhat different. And because it is, it might deserve a more calibrated response than the one provided by the secretary.

A key difference between the two states is that Section 3 of the Vermont Constitution prohibits Vermonters from being coerced into supporting any religion that offends the dictates of their conscience. French has explicitly stated in his advice to school districts that tuition cannot be withheld at religious schools under this “forced support” doctrine. It did not, however, explain why this was the case, nor did the Education Agency respond to our request for a copy of the legal opinion on which the guidelines were based.

Peter Teachout, a constitutional scholar who is a professor at Vermont Law and Graduate School, told VtDigger that he thinks “advising local school districts to violate a key provision of the Vermont constitution” is problematic, especially without explore whether the Supreme Court decision requires or whether a legislative remedy was available.

That seems about right to us. There are nuanced issues here that need to be clarified. On the one hand, while the current Supreme Court has been hostile to government restrictions against religion, it has been much more favorably inclined to individual religious freedom claims.

Thus, we wonder if a member of, say, a Protestant denomination that opposes Roman Catholic doctrine is required to support Catholic schools, and by extension Church doctrine, through their taxes. (That’s not entirely hypothetical, as a dozen Catholic schools are on the Education Agency’s approved list of independent schools.) And if that means an individual who practices a religion can conscientiously object to supporting a different sect, why not someone who does not practice any similar object religion? These are the kinds of questions that need to be clarified, either by the Education Agency or in court.